AN analysis of deceptive robot motion on a mobile robot 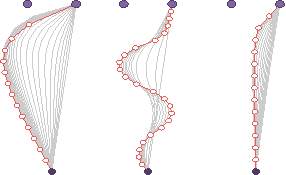