Abstract— Classification of brain tumor is the heart of the computer-aided diagnosis (CAD) system designed to aid the radiologist in the diagnosis of such tumors using Magnetic Resonance Image (MRI). In this paper, we present a framework for classification of brain tumors in MRI images that combines statistical features and neural network algorithms. This algorithm uses region of interest (ROI), i.e. the tumor segment that is identified either manually by the technician/radiologist or by using any of the ROI segmentation techniques. We focus on feature selection by using a combination of the 2D Discrete Wavelet Transform (DWT) and 2D Gabor filter techniques. We create the features set using a complete set of the transform domain statistical features. For classification, back propagation neural network classifier has been selected to test the features selection impact. To do so, we used a large dataset consisting of 3,064 slices of T1-weighted MRI images with three types of brain tumors, Meningioma, Glioma, and Pituitary tumor. We obtained a total accuracy of 91.9 %, and specificity of 96 %, 96.29 %, and 95.66 % for Meningioma, Glioma, and Pituitary tumor respectively. Experimental results validate the effectiveness of the features selection method and indicate that it can compose an effective feature set to be used as a framework that can be combined with other classifications technique to enhance the performance.

Brain tumors are the most common brain disease that affect the central nervous system (CNS), the brain and spinal cord [1]. During the last two decades, the computer-aided diagnosis system (CAD) has been employed to improve the accuracy of the diagnostic ability of radiologists in detecting, segmenting, and identifying the type of brain tumor [2].

Magnetic Resonance Imaging (MRI) is the most common modality that is exploited to diagnose abnormal tissue growth in the brain. Usually, radiologists depend on manual diagnosis to identify brain tumors [3]. In manual diagnosis, the amount of MRI images to be analyzed is large enough to make readings based on visual interpretation expensive, inaccurate, and intensive. In addition; the human eye is sensitive to any changes in the MRI image, this sensitivity may be decreased with the increase in the number of images [4]. Furthermore, manual diagnosis is time consuming [3], and it depends on the subjective decisions of the radiologists which is hard to quantify [5], thus it may lead to misclassification [6]. Radiologists used invasive techniques such as biopsy and spinal tap methods for a brain tumor diagnosis. Both approaches, biopsy and spinal tap, are painful, time consuming, risky, and expensive [7]. Consequently, developing an accurate, robust, practical, and automatic diagnosis system for this purpose is significant and essential to overcome the drawbacks of manual diagnosis and invasive techniques.

Many researchers have proposed different methods to develop a CAD system that can detect or classify abnormal tissues in brain MRI images. Feature extraction is a crucial step in building a capable CAD system [2]. The most widely used techniques for feature extraction are texture features and Discrete Wavelet Transform (DWT). Texture is a pattern that appears in an image frequently and repeatedly [8]. Texture features can be specified by statistical features [9] or Gabor filter [10]. There are two types of statistical features, first order and second order [8]. First order features are extracted from the image histogram [11], while second order features are extracted from Gray Level Co-occurrence Matrix (GLCM), Gray Level Run Length Matrix (GLRM) [8], or Neighborhood Gray Tone Difference Matrix (NGTDM) [12]. Gabor filter is a linear and local filter that is based on the convolution between Gaussian function and cosine function [10]. Texture features based on Gabor filter have been employed to extract the required features for the classification of brain tumor [13]. DWT is a beneficial tool for image analysis since it provides significant information with reduced time [14]. 2-D DWT has been implemented to extract features from brain MRI images for tumor classification [15]. Different classification techniques have been exploited by many authors for identifying tumor types from brain images. The most common used classifiers are neural network and support vector machines (SVM). Neural network was implemented using different architectures like feedforward neural network [6], multilayer perceptron neural network trained with backpropagation algorithm [8], and Probabilistic neural network (PNN) [7]. Support vector machine (SVM) was implemented using three kernels, homogenous polynomial, inhomogeneous polynomial, and Gaussian radial basis function [12], [16]. Other types of classifiers were employed like the ensemble learning method based on AdaBoost classifier [17], neuro-fuzzy classifier [5], dictionary learning and sparse coding [18], and k-nearest neighbor (KNN) [19].

In this paper, we propose a classification algorithm for brain MRI images that exploits statistical features extracted from 2-D DWT and 2-D Gabor filter. Combining both techniques (2-D DWT and 2-D Gabor filter) can improve the classification accuracy as compared to using each method separately since it benefits from all the directional information of the input MRI image. This paper is organized as follows; section I is an introduction, section II presents the methodology used in this algorithm, section III shows the results and section IV is the conclusion.

Feature extraction is implemented using 2-D DWT, 2-D Gabor filter, and statistical features as illustrated in figure 1. The input image is the tumor region that can be obtained using manual segmentation by radiologists or automatic segmentation. Back-propagation neural network (BPNN) is used for the classification.

Figure 1: Framework of the proposed system

The dataset used to train and test our algorithm consists of 3064 brain MRI slices collected from 233 patients with three kinds of brain tumors, Meningioma, Glioma, and Pituitary. 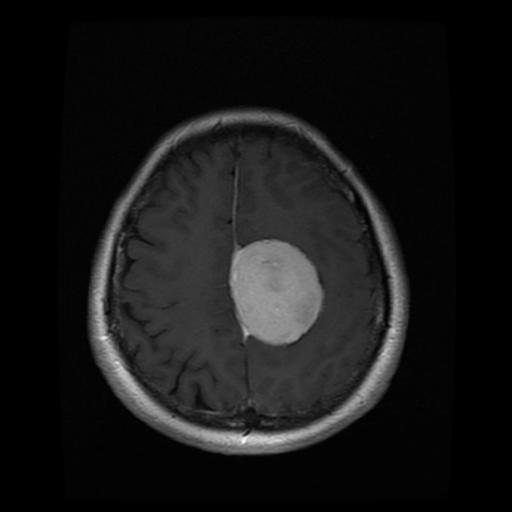 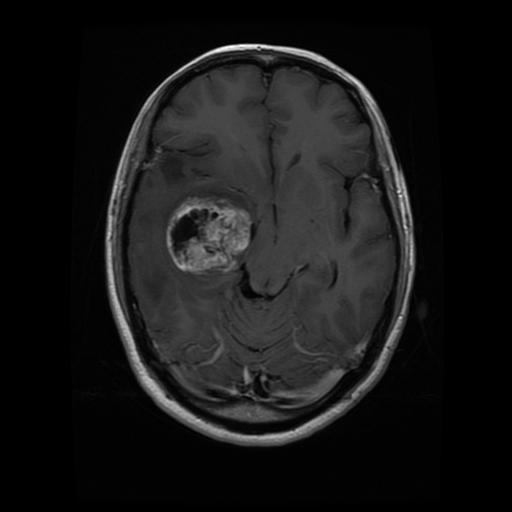 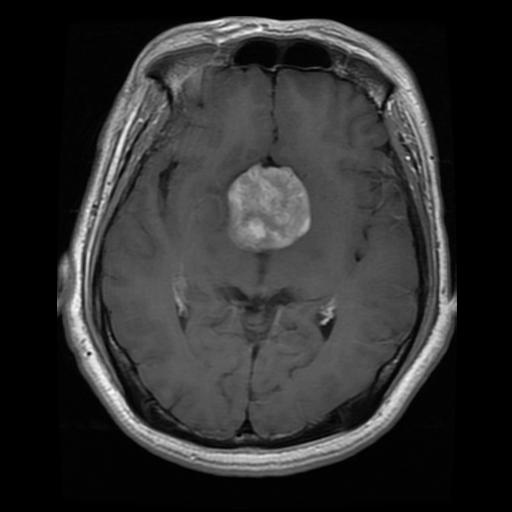 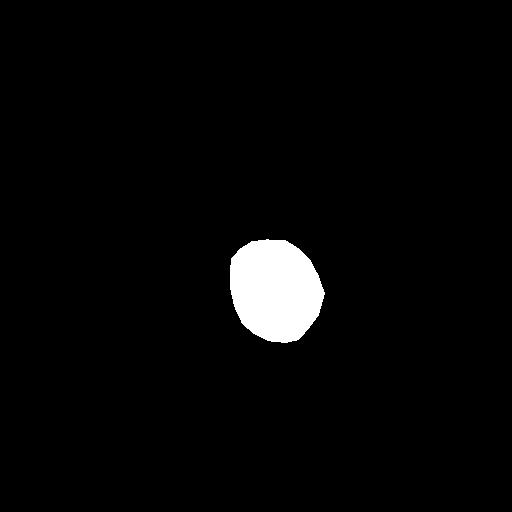 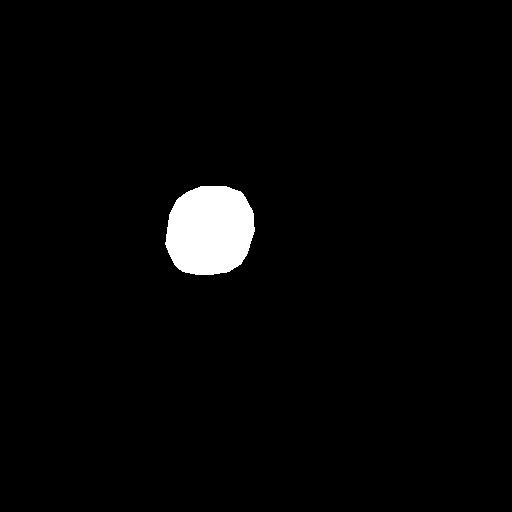 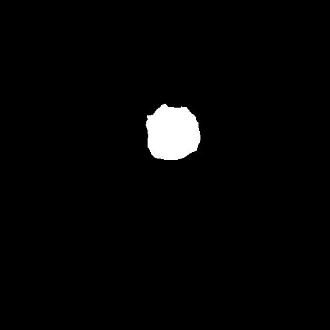 ψx, is the mother wavelet, and (a, b) represent the dilation and translation parameters respectively.

By applying 2-D DWT, the image is decomposed into four subbands labeled LL which represent approximation image, LH, HL and HH that correspond to detail images as shown in figure 3. The approximation and detail coefficients are used for texture features representation. In this algorithm, we implement three levels of 2-D DWT using “symlet4” filter and all the subbands images (LL, LH, HL, and HH) are utilized for feature extraction results in 12 subband images. Combining the approximation and detail coefficient can improve the discrimination ability of the classification algorithm [24].

Fig. 3: One level filter bank for computation of 2-D DWT,

honis a low pass filter and

A Gabor ﬁlter is a linear filter that is obtained by modulating a sinusoidal wave with a Gaussian function. The frequency and orientation of Gabor filter are similar to the human visual system and it can be used for texture description. The Gabor function is a useful tool in computer vision and image processing, especially for texture analysis, due to its optimal localization properties in both the spatial and frequency domain [25]. 2-D Gabor filter is defined as [10]:

λ) is the wavelength of the sinusoidal form, (

θ) is the orientation of the Gabor function, (

γ) is the spatial aspect ratio, and (

σ) is the standard deviation of the Gaussian envelope. To calculate the textural features of an image a set of Gabor filters are used with different frequencies and orientations [13]. We implement Gabor filter with three wavelengths (2, 4, and 8) and five orientations (0

°) which results in 15 filters, each filter is convolved with the input image generating 15 filtered images as shown in figure 4.

Fig. 4: Resulted images from 2-D Gabor filter with three values of wavelengths and five values of orientations, numbers in brackets are (wavelength, orientation)

Texture of an image can be described easily using statistical approach [26]. These features are widely used in the classification of biomedical images [24]. We consider four first order statistics (mean, variance, skewness, and kurtosis) that is calculated from the histogram of the image and six second order statistics (Contrast, Correlation, Energy, Homogeneity, Entropy, and Maximum probability) which is calculated from the Gray Level Co-occurrence Matrix (GLCM). The GLCM is a 2-D histogram that describes the frequency of occurrence of two pixels separated by a certain distance. Table 1 summarizes these features.

In table 1, L is the image intensity levels, A is the size of GLCM matrix,

pi,jthe element of GLCM, (m1, m2) are the mean along rows and columns respectively, and (

σ1,σ2) are the standard deviation along rows and columns respectively. 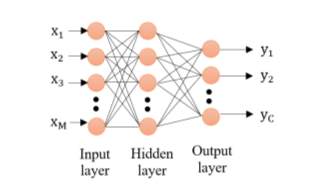 There are four primary outcomes that are used to test the classifier; true positives, true negatives, false positives, and false negatives. In the case of brain tumor classification with multiclass, these quantities should be calculated separately for each type of tumor with positive represent tumor output and negative case non-tumor output. The performance of the proposed algorithm is measured using three criteria based on the four outcomes [27]:

NTPis the number of true positives,

NTNis the number of true negatives,

NFPis the number of false positives, and

NFNis the number of false negatives. Accuracy, sensitivity, and specificity for each type of tumor is described in table 2.

Table 2: Accuracy, sensitivity, and specificity for the three types of tumors

Receiver operating characteristics (ROC) is defined as a trade-off visualization between a pair of criteria like sensitivity and specificity in the plane spanned by the two measures [29]. The plot of ROC curve is shown in figure 6. The area under ROC curve for each class is 0.92, 0.95, and 0.93 for Meningioma tumors, Glioma tumors, and Pituitary tumors respectively. 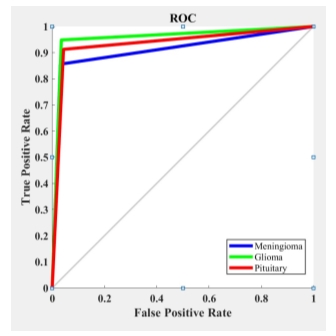 Figure 6: ROC Curve for the classification

The 2-D DWT is a powerful tool for feature extraction represented by wavelet coefficients [7]. On the other hand, Gabor filter is suitable for texture representation [13]. Combining both techniques for the MRI tumor image representation improves the classification performance as described in table 4.

The only work that used the same dataset is the method suggested by Cheng et al. [20], they implemented an algorithm based on the three feature extraction methods, intensity histogram, gray level co-occurrence matrix (GLCM), and bag of words model and SVM model for classification. Figure 6 shows the performance evaluation of the proposed algorithm and the related work algorithm in terms of total accuracy, specificity for Meningioma, Glioma, and Pituitary. It can be seen from figure 7 that the overall accuracy of the proposed algorithm is 91.9 %, it is higher than that of the related work that achieved an accuracy of 91.28 %. 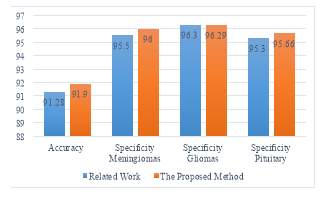 Brain tumor is a disease that affects the central nervous system (CNS), which is typically diagnosed by radiologists using either invasive or noninvasive techniques. Magnetic Resonance Imaging (MRI) is the most widely used modality for a noninvasive diagnosis of brain tumors. In this paper, we presented a new algorithm to classify three types of brain tumors, namely, the Meningioma, Glioma, and Pituitary tumors from MRI images. We used the 2D Discrete Wavelet transform (DWT), 2D Gabor filter, and first and second order statistics of transform domain data to generate a features pool that encompasses the tumors attributes. For classification, we used multilayer perceptron neural network trained using back-propagation. Simulation results show the effectiveness of extracting statistical features solely from wavelet and Gabor transforms with an accuracy of 91.9 %. For future work, we would like to use other classification methods including Support Vector Machine (SVM) or K-Nearest Neighbor (KNN) to validate the proposed framework effectiveness.

[8] B. Sudha, P. Gopikannan, A. Shenbagaraj, and C. Balasubramanian, “Classification of Brain Tumor Grades using Neural Network,” in Proceedings of the World Congress on Engineering 2014, 2014, vol. 1.