Chronic Kidney Disease (CKD) is a condition affecting a large portion of the Australian population, with an estimated 1.7 million Australians having been diagnosed with CKD (1). It is defined as a condition involving decreased kidney function shown by glomerular filtration rate (GFR) of less than 60 mL/min per 1.73m2, or markers of kidney damage, or both, of at least 3 months duration, regardless of the underlying cause (2). In Australia, the groups at highest risk of CKD and poor outcomes include the elderly, Aboriginal and Torres Strait Islander peoples, individuals who live in remote and very remote regions and those of low socioeconomic status (1). The determinants are multifactorial and include biomedical, health behavioural and socioeconomic factors, with most interlinking together to increase susceptibility of population subgroups. Indigenous and non-Indigenous Australians have many similar risk factors, however the Indigenous Australians have additional factors that place them at an even greater risk of developing CKD. This includes childhood and adulthood predispositions to pathological diseases, as well as social and cultural barriers to healthcare service provisions. There is a strong emphasis on the ‘host’ and ‘environment’ as causal pathways when utilising the epidemiological triad, which serves to direct public health interventions.

Chronic Kidney Disease (CKD) is defined in current international literature as a condition involving decreased kidney function shown by glomerular filtration rate (GFR) of less than 60 mL/min per 1.73m2, or markers of kidney damage, or both, of at least 3 months duration, regardless of the underlying cause (2). The markers of kidney disease may include: albuminuria, electrolyte or other abnormalities due to tubular disorder, abnormalities on histology, structural abnormalities detected by imaging, urinary sediment abnormality or history of a kidney transplantation.

The classification of CKD has varied over the years in the literature but has primarily been based on GFR levels. More recently, persistent albuminuria levels (2) have also been considered in the classification scheme, which classifies CKD from stages 1 – 5 depending on severity (2).

CKD is estimated to affect 1.7 million (10%) Australian adults aged 18 years and over, with 17 000 deaths in 2015 caused by CKD (1). Approximately 16% of all hospitalisation in Australia were attributed to CKD with a large majority of these hospitalisations (81%) being due to renal dialysis (1). The total estimated cost of end-stage kidney disease requiring dialysis or transplantation in Australia is $1 billion annually (3).  In international literature, CKD is a significant public health problem with increasing incidence and prevalence, poor outcomes and high costs on health systems (4). Globally, CKD is estimated to be directly attributable to 965 200 deaths in 2013, which signifies a 134.6% increase from 1990 (5). This demonstrates that even with contemporary medical advances, CKD is a significant global health burden with multifactorial determinants.

The prevalence, incidence and severity of CKD varies widely within and across population subgroups, with both biomedical, health behavioural and socioeconomic factors playing an important role in this stratification. In Australia, the groups that are at a significant high risk include the elderly, Aboriginal and Torres Strait Islander peoples, individuals who live in remote and very remote regions and those of low socioeconomic status (1).

The initiation and progression of CKD is multifactorial and involves biomedical, health behavioural and socioeconomic risk factors. These factors are not mutually exclusive and interact at both population and individual levels.

Biomedical risk factors include hypertension, cardiovascular disease, dyslipidaemia, diabetes and obesity (2-4, 6). The common pathology resulting from these risk factors is chronic sustained injury, leading to chronic inflammation in the kidney which results in glomerular sclerosis, tubular atrophy and interstitial fibrosis. The end result is renal fibrosis and reduction in renal function (2). Hypertension has a strong, graded associated with CKD when adjusted for age, gender, treated diabetes and cigarette smoking (7). Although the relative risk of CKD is higher as hypertension gets more severe, the majority of CKD risk comes from individuals with high-normal or stage 1 hypertension, due to the large volume of individuals that fall within this category (7). Furthermore, antihypertensive therapy has shown to reduce GFR decline, exemplifying the importance of hypertension in the progression of CKD (8). This showcases the significant public health impact that the lower categories of hypertension have on the risk of CKD. Similarly, diabetes has shown a strong association with CKD, with diabetics being 4.5 times more likely to have CKD than people without diabetes (6). A substantial portion of adults with undiagnosed diabetes have evidence of kidney damage and/or kidney function decline (9). This becomes increasingly important for individuals who do not have adequate access to health care professionals and hence are likely not being followed up for any CKD risk factors (9). An important consideration is that these aforementioned risk factors compound on one another and synergistically increase the predisposition for CKD when present together. For example, it has been shown that poor glycaemic control predisposes to the development of hypertension, which in turn increases the susceptibility for renal disease (10). Similarly, obesity predisposes to hypertension and diabetes, which together may interact synergistically to increase risk of CKD (11). Obesity in itself is an independent risk factor for CKD, which shows a dose-response relation between BMI and the relative risk of CKD (12).

Underpinning the biomedical and behavioural risk factors are the socioeconomic determinants of health, which are significantly linked to the risk and severity of CKD (1-3, 6, 7). These include age, ethnicity, remoteness and socioeconomic disadvantage. In Australia from 2011-12, the prevalence of CKD increased significantly with age, rising from 6% in those aged 18 – 54 years old, to 21% for individuals 65 – 74 years old and 42% in those 75 and over (Figure 1(1)). Furthermore, the incidence of end stage renal disease, hospital admissions and death were dramatically higher in the elderly (1). Some have considered declining renal function a consequence of ‘normal aging’, however literature shows wide variation in levels of GFR and albuminuria in the elderly, thus highlighting the important of comorbidities that commonly affecting this population group, such as  hypertension and diabetes (15). Aboriginal and Torres Strait Islander peoples are at significant risk of developing CKD and have poorer long-term outcomes. Indigenous Australians are 5 times more likely to be hospitalised for CKD (excluding dialysis) and 4 times more likely to die from CKD compared to non-Indigenous Australians (Figure 2(1)). Furthermore, the disparity between Indigenous Australians and Non-Indigenous Australians was greater for females than males. The risk factors that predispose Indigenous Australians begin from childhood, including post-streptococcal glomerulonephritis, renal stones, haemolytic uraemic syndromes and acute kidney injury (16). In adulthood, the higher incidence of CKD and end stage renal disease is due to diabetic nephropathy, glomerulonephritis and hypertension (16). Social determinants play a pivotal role in increasing the prevalence of the aforementioned risk factors, which in turn predisposes Indigenous Australians to CKD (2, 5, 16). These include disconnection to culture and traditions, discrimination, social and cultural barriers to accessing healthcare, poor and overcrowded housing, low income and unemployment. The combination of these factors results in impaired access for primary and secondary preventive services with simultaneous increase in damaging health behaviours such as smoking and alcohol consumption (16). Whilst tobacco smoking and alcohol consumption is declining in Australia, it remains disproportionally high amongst Indigenous Australians. From 1994 – 2014/5, the proportion of non-Indigenous Australian smokers aged 18 and over declined from 24% to 16%. In the same time period, Indigenous Australians declined from 55% to 45% (17).  This exemplifies that there may be some improvements in social determinants and health behaviours, but there is still a vast disparity between Indigenous and non-Indigenous Australians. Another important finding was that most of the decline in smoking occurred in non-remote areas, whilst the proportion in remote areas remained relatively stable (17). This introduces the importance of remoteness in health inequalities and is indeed an important factor in CKD amongst Australians (1, 2, 6). The incidence of end stage kidney disease in Australia from 2009 – 2013 was twice as high in Remote and Very Remote areas compared with Major cities (1). CKD hospitalisations, both including & excluding dialysis, were 4 times and 2.3 times as high, respectively, in Remote and Very remote areas as compared with Major cities. There are multiple factors which play a role in the increasing burden of disease in remote and rural Australia. This includes limited access to healthcare services, long travel times to attend dialysis sessions or seek specialist treatment, minimal transport options, financial burdens including time off work and social/cultural isolation. These high-risk population groups often have many of the socioeconomic risk factors clustering together (18). For example, Aboriginal and Torres Strait Islander peoples have a large population base in rural & remote areas and this results in significant socioeconomic disadvantage (18, 19), both due to ethnicity and remoteness. Similarly, the elderly often suffer from considerable comorbidities, such as arthritis, deafness, poor mobility and cognitive decline, whilst also living in social isolation and poorer accommodation (20). Considering this within the epidemiological triad, individuals who experience socioeconomic disadvantage develop risk factors within the ‘environment’ and ‘host’ categories which predispose them to disease. The ‘environment’ category includes the aforementioned factors such as barriers to accessing healthcare and limited infrastructure, and the ‘host’ category includes increased rates of poor health behaviours and biomedical risk factors such as undiagnosed or poorly managed diabetes and hypertension (9). In the case of CKD, this results in the prevalence of CKD and end stage renal disease, hospitalisation rates and death rates being highest in individuals of lowest socioeconomic groups (1).

CKD is a major public health issue in Australia that disproportionally affects the population. Specific population groups, including the elderly, Aboriginal and Torres Strait Islander peoples, those living in rural and remote regions, as well as those of low socioeconomic status are at high risk of developing CKD and achieving poorer outcomes with its management. Furthermore, Indigenous Australians have additional biomedical risk factors in childhood & adulthood which further increase their risk of CKD. From the data presented, there is a clear link between upstream determinants and subsequent effects on health behaviours and biomedical risk factors, resulting in developing disease and achieving poor outcomes in its management. This highlights the importance of public health measures in tackling these determinants to improve the health of the Australian population.

18. Schultz R. Prevalences of overweight and obesity among children in remote Aboriginal communities in central Australia. Rural and remote health. 2012;12(1872). 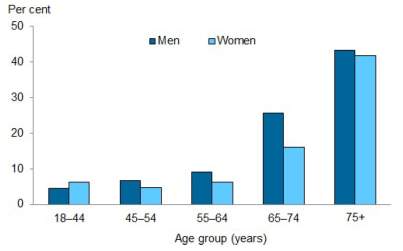 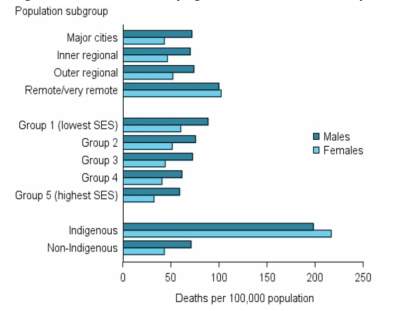 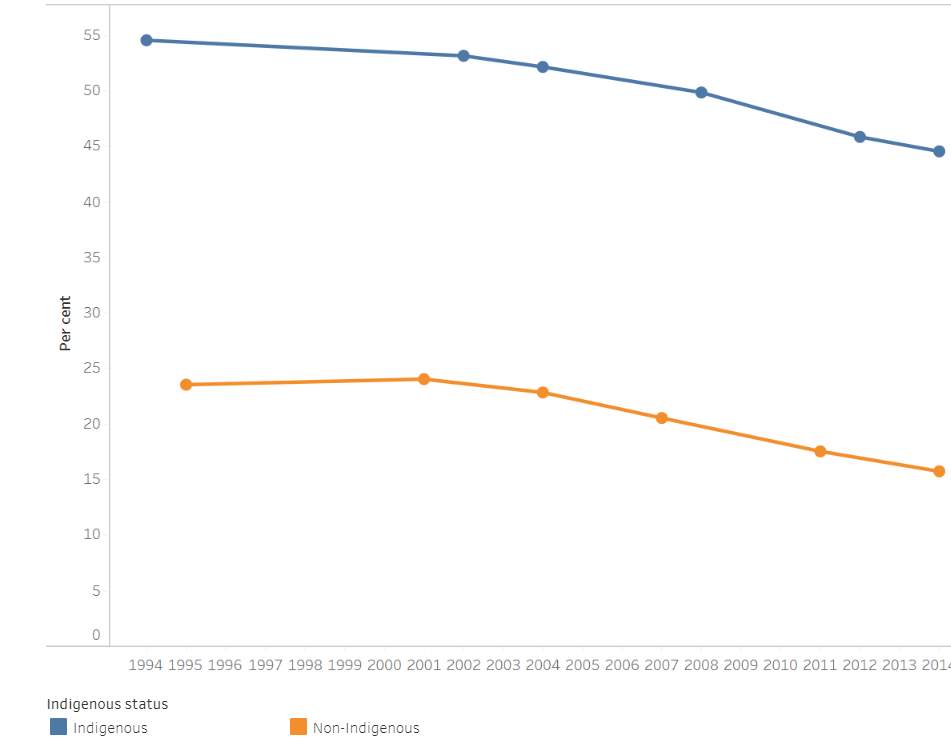 Health is the general condition of the body or mind. The World Health Organization defines health as “a state of complete physical, mental and social well-being and not merely the absence of disease or infirmity.”

Is Smoking a Risk Factor for AMD?

Abstract: Age-related macular degeneration (AMD) is the leading cause of vision loss affecting central vision. It is directly proportional to age and thus the older you get, the more likely you are to...

Introduction to a dissertation studying how the aberrant acetylation of mitochondrial proteins, can result in an inbalanced redox environment and energy homeostasis, therefore promoting tumorigenesis and tumor permissive phenotypes....

Research Study into the Causes of Youth Binge Drinking