Metaplasticity mechanisms have been proposed to prevent excitotoxicity, help maintain synaptic transmission within a dynamic range (Abraham & Bear, 1996) and modify the threshold for learning ability (Abraham, 2008). In almost all different forms of metaplasticity described, the effect of prior neural activity or ‘priming’ on subsequent LTP or LTD is investigated. In one type of metaplasticity referred to as heterodendritic metaplasticity, strong high-frequency priming stimulation in stratum oriens (6×100 Hz trains) inhibits subsequent LTP elicited in the stratum radiatum of area CA1 (Hulme et al., 2012). Evidence to date indicates that this form of metaplasticity is independent of postsynaptic depolarization and action potential firing (Hulme et al., 2012), but requires the activation of muscarinic acetylcholine receptors and the release of Ca2+ from intracellular stores via activation of IP3 receptors (Hulme et al., 2012). This long-range communication between synapses appears to be mediated possibly via astrocytes as priming stimulation induces calcium elevation not only in stratum oriens astrocytes but also in stratum radiatum astrocytes (Hulme et al., 2014). This effect also requires the opening of connexin-43 channels located on astrocytes, and the conversion of extracellular ATP to adenosine followed by activation of adenosine receptors (Jones et al., 2013). Astrocytes connect to multiple neuronal somata, hundreds of dendrites (Halassa et al., 2007), thousands of synapses (Giaume et al., 2010), plus they contribute to synaptic plasticity and dynamically modulate neural excitability (Barker & Ullian, 2010; De Pitta et al., 2016; Navarrete et al., 2012). Thus, astrocytes appear well placed to sense the ongoing neural activity from neighboring synapses and to regulate future plasticity as a result.

The pro-inflammatory cytokine TNFα offers a diverse array of functions and plays a modulatory role in the brain depending upon its concentration, the duration of its action and the receptor subtype activated. TNFα (< 60 pM) under standard conditions is neuroprotective and contributes to the regulation of synaptic plasticity (Beattie et al., 2002; Bernardino et al., 2005; Harry et al., 2008; Steinmetz & Turrigiano, 2010; Stellwagen & Malenka, 2006). However, in neuropathological conditions such as epilepsy, traumatic brain injury, neuropathic pain, Parkinson’s disease and Alzheimer’s disease (He et al., 2007; McCoy & Tansey, 2008; Sriram & O’Callaghan, 2007), TNFα concentration is elevated (> 600 pM).

Exogenously applied TNFα inhibits LTP in CA1 (Butler et al., 2004; Tancredi et al., 1992) and the dentate gyrus (Cunningham et al., 1996) in vitro. Conversely, TNFα knockout mice show increased performance in spatial memory and learning tasks when compared to wild-type animals (Golan et al., 2004). TNFα inhibits the early phase of LTP by activation of TNF-R1 (p55) (Butler et al., 2004) and the downstream activation of p38MAP kinase activation (Butler et al., 2004; Pickering et al., 2005; Wall et al., 2015) and JNK (Liu et al., 2007). JNK and p38 MAP kinase are stress-activated protein kinases which are activated in cells treated with TNFα (Cuadrado & Nebreda, 2010; Davis, 2000). Interestingly, another target of TNFR1, ERK, is required for LTP in CA1 (English & Sweatt, 1996; Jin & Feig, 2010; Ying et al., 2002) and is crucial for transcription-dependent long-term synaptic plasticity. Keeping in mind the contribution of p38MAPK, JNK and ERK to LTP and their activation by TNFα, we therefore tested the involvement of these molecules in mediating the heterodendritic metaplasticity effect (Fig. 3.17.). Another cytokine IL-1β has also been reported to cause inhibition of LTP in CA1 (Bellinger et al., 1993), CA3 (Katsuki et al., 1990) and in the dentate gyrus (Cunningham et al., 1996; Murray & Lynch, 1998). Very recently, it was reported that IL-1β has synapse-specific effects on hippocampal synaptic plasticity (Hoshino et al., 2017) and so it too will be investigated.

Our data demonstrate that TNFα and not IL-1β mediates heterodendritic metaplasticity in area CA1 of rat hippocampus. Further TNFα inhibit future LTP in response to priming stimulation by activation of its downstream signalling molecules such as p38MAPK, JNK and ERK.

On the other hand, higher dose of TNFα Ab completely prevented LTP inhibition due to priming. In these sets of experiments, after an initial incubation for 30 min at 32°C in ACSF, hippocampal slices were transferred to a closed incubation chamber kept at room temperature continuously gassed with carbogen. Slices were then preincubated with the TNFα Ab (25 µg/ml ACSF) for at least 90 min at room temperature (RT) placed on a standard culture membrane (PICM0RG50, EMD Millipore) resting in a 35-mm Petri dish. After preincubation with the TNFα Ab, slices were transferred to the recording chamber and maintained at 32.5°C.

To explore whether a cytokine other than TNFα was also recruited following priming stimulation to inhibit LTP in CA1 of rat hippocampus, the role of IL-1β was investigated. Interleukin-1 beta (IL-1β) is another cytokine reported to inhibit LTP in vitro (Bellinger et al., 1993; Cunningham et al., 1996; Li et al., 1997).

The extracellular signal-related kinase (ERK) signaling pathway has been linked with synaptic plasticity and higher functions such as learning and memory (Giovannini, 2006; Sweatt, 2004). ERK was identified as a potential component of the CA1 LTP induction pathway (English & Sweatt, 1996) and later the same group reported that ERK cascade is essential for hippocampal LTP persistence (English & Sweatt, 1997). The rationale for investigating the role of ERK in heterodendritic metaplasticity was that TNFα activates ERK phosphorylation (Barbin et al., 2001) and ERK contributes to LTD as generated by mGluRs (Gallagher et al., 2004).

Synaptic strength can be constrained by episodes of prior neural activity that affects subsequent plasticity thresholds in area CA1 of rat hippocampus (Hulme et al., 2012; Wang & Wagner, 1999) via metaplasticity mechanisms (Abraham & Bear, 1996). The heterodendritic metaplasticity effect is cell-wide, spreads across considerable distances and can extend between dendritic compartments across the cell layer in CA1 of the hippocampus (Hulme et al., 2012). M1-acetylcholine receptors (M1-AChR) and IP3-mediated release of Ca2+ from intracellular stores have been identified as contributing mechanisms to heterodendritic metaplasticity (Chen et al., 2012; Navarrete et al., 2012). Since the broad spatial spread of priming stimulation is not region-specific and is expressed throughout different strata, it is possible that this long-range communication employs intercellular interactions between neurons and glia, and astrocytes are known to respond to M1-AChR activation by releasing gliotransmitters that regulate plasticity (Takata et al., 2011). Thus, astrocytes activated in CA1 following priming stimulation (Hulme et al., 2014; Kang et al., 1998) might be the missing link in mediating the heterodendritic metaplasticity effect. However, while the experiments mentioned above suggest a long distance signaling mechanism, they do not identify the signaling molecules that cause LTP inhibition. It seems very likely that the heterodendritic metaplasticity effect is mediated via gliotransmitters released from activated astrocytes in response to priming stimulation.

The above data suggest that extracellular TNFα plays a vital role in heterodendritic metaplasticity. However, the intracellular signaling mediated by TNFα needs to be understood (Fig. 3.17). In the years following the discovery of MAP kinases, signaling pathways associated with these molecules proved vital in exploring several mechanisms inside the brain including information processing, stress, inflammation, development and cell death (Harper & LoGrasso, 2001; Johnson & Lapadat, 2002; Nebreda & Porras, 2000). TNFα induces phosphorylation of p38 MAPK (Barbin et al., 2001; Liu et al., 2000; McLeish et al., 1998), ERK (Barbin et al., 2001; McLeish et al., 1998), and JNK (Barbin et al., 2001) (Fig. 3.17). P38 MAPK, ERK, and JNK are involved in the regulation of protein synthesis machinery (discussed in section 3.3.9) and also contribute to the heterodendritic metaplasticity effect, as shown in the experiments here. Thus, the experimental results provide a connecting link that p38 MAPK, ERK, and JNK molecules might eventually converge together to produce proteins which induces inhibition in LTP (Fig. 3.4.1). Indeed, priming mediated inhibition of LTP was protein synthesis-dependent as mediated by the mTOR pathway (Fig. 3.17). A plethora of studies have shown that mTOR signalling pathway contributes to LTP (Ma et al., 2010; Stoica et al., 2011; Tang et al., 2002), however a couple of studies also suggest that mTOR is important for the establishment of mGluR-LTD in hippocampal area CA1 (Banko et al., 2006; Huber et al., 2000). Considering that heterodendritic metaplasticity shares some common features of LTD, mTOR-LTD fits in well with mediating this form of metaplasticity by regulation of protein synthesis. However, the proteins produced because of the activation of this mTOR pathway are still unknown. Very recently, it was demonstrated that synthesis of tau protein in the somatodendritic region of the hippocampus might contribute to the inhibition in LTP as seen in AD conditions (Li & Gotz, 2017). Interestingly, mTOR has been reported to regulate synthesis and aggregation of Tau protein (Caccamo et al., 2013; Tang et al., 2013). If this is true, then the heterodendritic metaplasticity is dependent on the synthesis of Tau protein mediated by mTOR pathway. In addition to mTOR activity, we reported that Thalidomide also blocked TNFα activity at mRNA level, suggestive of a possible correlation between the activity of Thalidomide and the protein synthesis-dependence of heterodendritic metaplasticity. Perhaps, Thalidomide is inhibiting the synthesis of Tau protein to prevent inhibition of LTP as it was reported previously that Thalidomide can downregulate the amount of phosphorylated tau in the 3 x Tg AD mice brain (Gabbita et al., 2012). Alternatively,  a study suggested that Rapamycin destabilizes the TNFα mRNA in cell culture (Park et al., 2012), so it is also possible that rapamycin also causes an impairment in TNFα mRNA synthesis. Taken together, these evidences suggest the putative role of TNFα activity cascade in mediating heterodendritic metaplasticity (Fig. 3.17).

Surprisingly, the SO LTP in heterodendritic metaplasticity was unaffected by the inhibitors of protein synthesis, even though its maintenance was reported to depend upon plasticity-related proteins (PRPs) mediated by “synaptic tagging” mechanisms (Sajikumar et al., 2007). In heterodendritic metaplasticity, 6 x 100 Hz was given in SO followed by 2 x TBS in SR (with a gap of 30 min); in contrast, Sajikumar et al. have given a weak tetanus (1 x 100 Hz) followed by strong tetanus (3 x 100 Hz) both given in the same synaptic input, SO (with a gap of 45 min). Thus, the discrepancy between the results might be explained on the basis of difference in stimulation paradigms, as different stimulation paradigms can activate different intracellular pathways (Zhu et al., 2015). Notably, the activation of different dendritic compartments might also play a key role in the findings as in heterodendritic metaplasticity both SO and SR were stimulated, however, in the tagging mechanism only SO was stimulated. Alternatively, the requirement for plasticity induction in SR may differ from that in SO as it was reported that different synapses in hippocampus display differences in their protein-synthesis dependency suggesting distinct roles in mediating short- and long term plasticity (Hagena & Manahan-Vaughan, 2013). 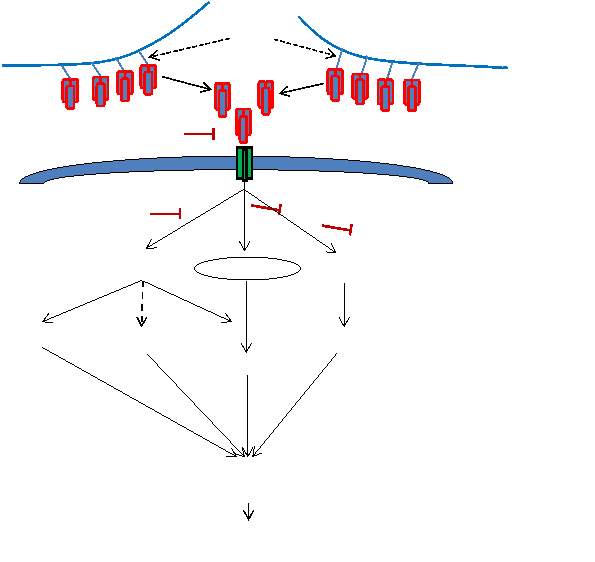 Fig. 3.17. One possible signalling cascade of TNFα activity in reducing LTP. TNFα is synthesized as a membrane TNFα (m TNFα, 51 kDa) and is cleaved by TNFα converting enzyme (TACE) releasing the soluble TNFα (sTNFα) protein. sTNFα possibly binds to TNFR1 (present on neurons or astrocytes) and activates a series of downstream signalling molecules such as p38MAPK, ERK, JNK etc. which have been addressed in various plasticity studies (Barbin et al., 2001; Izumi et al., 2008; Selcher et al., 2003; Seo et al., 2012). This study demonstrated that blocking the activity of TNFα, p38MAPK, ERK, and JNK prevented inhibition of LTP and was dependent on protein synthesis mediated by mTOR.