The field of Ergonomics and Human Factors is constantly developing as more is understood about the interaction between humans and their workplace. The field is constantly evolving to meet the rapidly changing nature of work and society, and using increasingly sophisticated models to represent constructs, and tools and techniques to improve performance and well-being.

This paper reviews some of the models of human reliability and human error to derive a proposed model together with appropriate tool and techniques for assessment and improvement.

At its simplest, ergonomics can be defined as the study of work. The definition can be developed and expanded on. Ergonomics is an examination of the interaction between humans and the systems within which they work (Wilson, 2000) ( )  (Meister, 2000) suggests, the study of the relationship between humans and the physical machinery and technology. It is also an applied science at is seeks to understand such relationship with the goal of enhancing performance and efficiency, increased levels of safety, and improving individual and team wellbeing and satisfaction (Bouargane & Cherkaoui, 2015; Hignett & Wilson, 2004)

Since the industrial revolution, accidents have been a common feature of the workplace. Investigation techniques seek to identify causal mechanisms to prevent re-occurrence.  A substantial amount of focus has been placed on the individual and human error as a causal mechanism. However, over time it has become clear that examination and determination of human error alone inadequately addresses the issues of accident causation (DiMattia, Khan, & Amyotte, 2005). Di Mattia et al argue that human error should be “removed from the emotional domain of blame and punishment and placed in a systems perspective” adding that it (human error) is a “natural consequence arising from a discontinuity between human capabilities and system demands” (2005, p.488). Similarly, Bjerga, Aven, and Zio (2016) argue that seeking out lineal failure in event chains cannot adequately model causality in complex interrelated systems.

There are a broad array of methods developed for human reliability and accident analysis. Early models of were developed in response to the needs of the high-risk industries (nuclear, chemical, off shore gas and petroleum) after many catastrophic accidents in the latter half of the last century (Isaac et al., 2003). The predictive value of these first-generation model generally relied on databases of previously recorded human errors (i.e. Computerised Operator Reliability and Error Database: CORE-Data (Isaac et al., 2003). However, the lack of empirical data in other fields impacts of predictive accuracy of human error probabilities(Di Pasquale, Franciosi, Lambiase, & Miranda, 2016). Later second-generation models moved beyond descriptions of external task error to include the cognitive processes in performing the task (Isaac et al., 2003). In more recent times a third generation approach is evolving that considers HRA and HE in sociotechnical systems (N. A. Stanton & Harvey, 2017). A selection and description of models from each generation is presented below:

SLIM Success Likelihood Index Methodology: uses subject matter experts to predict human error types from the understanding and assessment of tasks. The method considers both procedural and cognitive errors. Critical PSF’s are determined and weighted to derive a success likelihood index, from which human error probabilities can be estimated  (Embrey, 1986; Kirwan, 2007).

SHERPA: Systematic Human Error Reduction and Prediction Analysis Both THERP and HEART are task centered in term of quantifying human error probabilities. SHERPA on the other hand requires a more thorough understanding of the task (through hierarchical task analysis) and the errors that could be generated (Isaac et al., 2003) and includes effect of performance shaping factors on the quantification of human error probability (Di Pasquale et al., 2016). SHEPRA is partially based on the Skills, Rules and Knowledge model developed by Rasmussen (FIND)

HEART: Human Error Assessment and Reduction Technique: HEART is similar to THERP although it relies on a reduced database (from human performance indicators derived from experimental and field research) of error producing conditions (Kirwan, 2007). In its review of HRA in 2009, the UK HSE note that HEART was one of only few methods that has been validated(Bell & Holroyd, 2009).

While the above techniques persist in some form – particularly for the nuclear power industry, there was a growing awareness that human errors did not occur in isolation but within their own context (Kirwan, 2007; Waterson et al., 2015).  As (Alvarenga, Frutuoso e Melo, & Fonseca, 2014) point out, first generation models were lacking in that they “….suffer from a chronic deficiency in terms of modeling the cognitive processes in humans (2014, p.26). Acknowledgement of these deficiencies led to development of a more thorough and holistic approach to understanding human error through task analysis (Kirwan, 2007).

ATHEANA: A technique for Human Error Analysis ATHENA attempts to address the cognitive space in which human error occur by taking PSF’s and combining them to particular operational contexts. As ALVARENGA PSF’s on their own do not necessarily generate errors – such errors can arise during the cognitive information processes (of information detection and diagnosis through to decision making and associated actions (Alvarenga et al., 2014)

CREAM: Cognitive Reliability and Error Analysis Method (Serwy & Rantanen, 2007) As the name suggests, this model seeks to bring together assessments of human error based on task outcomes models that consider cognitive processes in decision making

In their review of HRA methodology (Alvarenga et al., 2014) point out that errors occur within increasingly complex sociopolitical and sociotechnical systems that cannot be by more traditional models that view failures and error in a linear way. They suggest that human error should be viewed from three levels or perspectives: cognitive behaviour at the individual level; and at the group level; and thirdly the broader organisational context (2014).(Waterson, Jenkins, Salmon, & Underwood, 2017). Desribed as the post-cognitive era by (Kyriakidis, Kant, Amir, & Dang, 2017).

EAST Event Analysis of Systemic Teamwork: N. A. Stanton and Harvey (2017) refer to complex sociotechnical systems in which there is an interdependence of discrete subsystem making the point that managing risk requires a whole-of-system approach. The construct of human error is exchanged for the notion of communication failure within the network of sub-systems

STAMP(Allison, Revell, Sears, & Stanton, 2017)coin the phrase “systems within systems” success of the whole requires success of the parts. Models accidents in context of STS processes in a state of dynamic equilibrium”- feedback loos of information and control between different stakeholders Steps 1-3 high level structure view and control interactions between systems. Then looks at unsafe control actions (standardized error taxonomy using guides – 1-4 action required but not provided; unsafe action provided, incorrect time/order/ stopped too soon – applied too long EAST SNA: Social Network Analysis ((N. A. Stanton & Harvey, 2017) Based on the concept of Sociotechnical Systems – an interactive view of humans, technology and systems from a holistic perspective. Stanton argues that so-called systems HRA are reductionist and in the process move back to human error. SNA is communications analysis of social and technical communication failures

FRAM: Requiresidentification of essential system functions, 2 and assessment of the variability in fuction3 assess the potential coupling of functions with that variability and 4 identify countermeasures. The consequence of variability within functions can produce unintended couplings between functions to produce an incident.

A Derived model of HRA

The number of HRA models available are almost overwhelming. This perhaps exemplifies the complexity of the underlying topic and indeed the constant change and complexity of the environment in which reliability is imperative.  A derived model of contributors to human error is set out below that considers the multiple interactions at the macro, meso and micro levels. 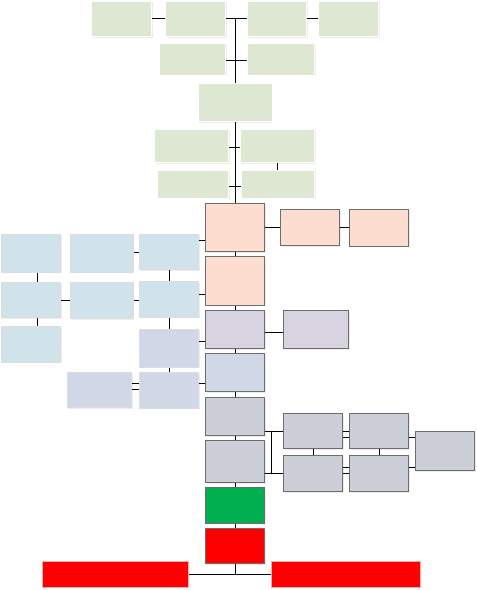 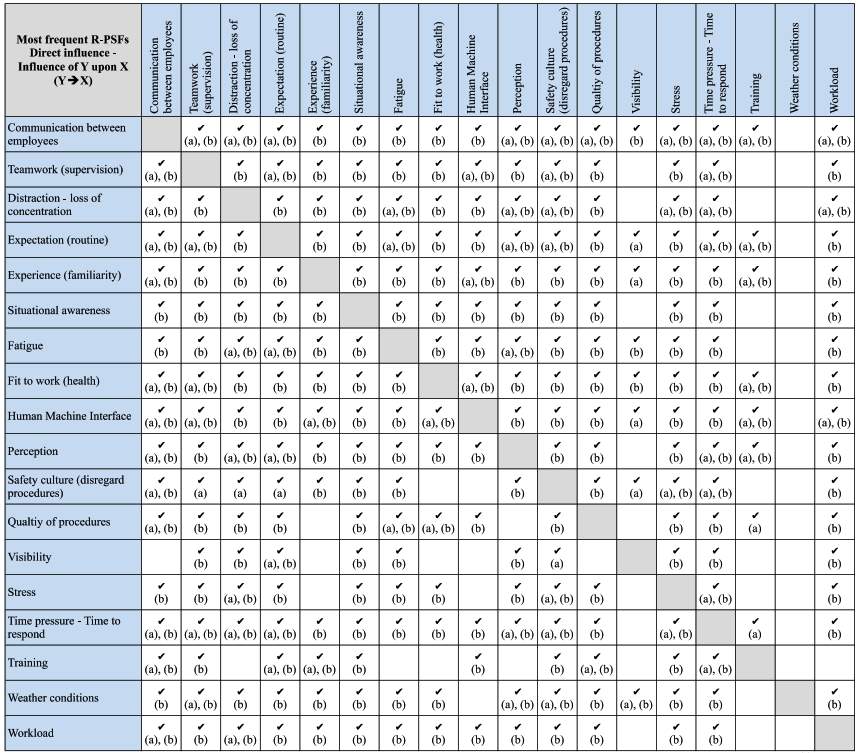 (Isaac et al., 2003) point out, human error is often only identifiable when task performance criteria is understood; hierarchical task analysis is a fundamental aspect of determining the context in which errors occur.

Bouargane, L., & Cherkaoui, A. (2015, 21-23 Oct. 2015). Towards an explicative model of human cognitive process in a hidden hazardous situation and a cognitive ergonomics intervention in railway environment. Paper presented at the 2015 International Conference on Industrial Engineering and Systems Management (IESM).

Yang, Tao, and Bai (2014)used HTA in THERP analysis of the takeoff phase of an A320 aircraft in order to identify error modes in substasks and the PSF’s that could induce them. External and Internal and Stressors

The three principal aspects of ergonomics are in the physical, cognitive, and organisational domains. In addition, ergonomics views accident causation at the micro, meso, and macro levels. Human error and human reliability are vital concepts in understanding accident causation model of which allow tools and techniques for  improving performance and reducing harm.

Rather than being seen as the causal mechanism, human error provides a window into underlying conditions and relationships. The actual human in human error is a symbolic signpost; a gateway to complex interactions that allow conditions to exist.

The prevailing models of accident causation are sometimes inadequate with regard to the The increasing complexity of the workplace and organisational systems. While each aspect of ergonomics has an important role to play in incident and accident investigation you models are required to work within these complex socio-technical systems.

Define what errors can occur (i.e. CORE Data) and their probability of occurrence (HEP) number of observed errors / number of opportunities for error Analysis of Recruitment in the NHS

CIPD Management Report Utilising E Recruitment Executive Summary This Management report will look at the Recruitment Processes with an NHS Acute Trust and identify if E recruitment can help with the d...

CHAPTER 1: INTRODUCTION This chapter presents the background of the research on “How can international human resources managers effectively manage diversity in multinational company?”- Case study ...

This paper attempts to devise a strategy to promote effective social dialogues between the tea plantation workers and their employers. It also attempts to determine the practicality of providing social protection to women workers through their own organizations and thereby enhances their labor productivity....