In this chapter the background of the topic and the discussion about research problems of the thesis are introduced as well as the purpose and delimitations of the study. They will be described and examined in order to enhance the understanding of our intention for the research and its boundaries.

Pricing is an exercise ,rather an integral part of economic decision making regarding what the seller or the producer can expect to receive in exchange for the manufactured products or the intangible services. (reference)

In economic sense, a lot of micro and macro factors go into bearing their consequences for price determination vis a vis the level of demand in the particular market. Pricing theory ,since its inception has researched the absolute and evolving nature of pricing decisions to be made and executed by various stake holders in the economic system.(reference)

In business enterprises ,the pricing decisions are no doubt the most significant decisions which not only have consequences for marketability, ability to meet or not to meet the current levels of demand ,the level of competition ,the sustenance and survival of the entity, but also in turn determines the cash inflows, business viability and the very economic supply chains, value chains and virtually the entire economic system and its performance over periods of time as well.

The financial modeling in financial analysis as well as the marketing mix, all insists on just the right pricing to capture consumer’s surplus and in turn generate the monetary resources for enterprise to sustain and evolve . The pricing is the sole decision which brings in money, everything else is just cost [1] .

A supermarket, a form of grocery store, is a self-service store offering a wide variety of food and household merchandise, organized into departments. It is larger in size and has a wider selection than a traditional grocery store and it is smaller than a hypermarket or superstore [2] . (journal/book reference rather than Wikipedia)

Supermarkets have their roots in the 19th century Co-operative movement through which groups of local retailers would come together to sell affordable food under the control of consumer members (reference). The first co-operative was founded in Rochdale, Lancashire in the 1840s. Subsequently co-operatives across the North of England came together to form the Co-operative Society in order to allow the purchasing goods in bulk [3] .

In the United Kingdom, first supermarket emerged under the new Premier Supermarkets brand in 1951, taking ten times as much per week as the average British general store of the time. Other chains caught on, and after Galvani lost out to Tesco’s Jack Cohen in 1960 to buy the 212 Irwin’s chain, the sector underwent a large amount of consolidation, resulting in ‘the big four’ dominant UK retailers of today: Tesco, Asda (owned by Wal-Mart), Sainsbury’s and Morrisons [4] . (reference apart from Wikipedia)

The major chains have been opening ever-larger format stores, with Asda and Tesco in particular opening hypermarkets. The major grocery retailers have diversified into non-food retail, online shopping, and other activities unrelated to shopping.The industry structure has now evolved. The on going consolidation and mergers and acquisitions as well as development of monopoly is rendering a new shape to the industry. The bigger the supermarket chain, the more ability it has to abuse its market position and put pressure on other parts of the food chain [5] . (reference apart from tescopoly)

Tesco – Tesco became the market leader in 1995 and has continued to increase its market share ever since, reaching a staggering 31.5% market share in 2006

Asda – Asda’s business is more focused on hypermarkets and out-of-town stores than the other UK chains, in the model of Wal-Mart, which bought it in 1999.

Sainsbury’s – neck and neck on market share with Asda, Sainsbury’s slipped since being the top retailer in the UK but is now doing well.

Morrisons – Morrisons became the fourth supermarket chain when it acquired the majority of Safeway stores in 2005.

The Co-operative Group – The Co-op has a total market share of around 5%.

Retailers today face many challenges: keeping costs low and supply chain efficiencies high; protecting their brand and reputation; responding rapidly to changing consumer tastes; expanding their reach to penetrate new markets and compete from a position of strength; and greening their operations . (reference)

Change has become the universal constant. There were times in British organized retail industry ,when the economic dominance over global economic systems was unchallengeable. In the post-recession period since the 2008,the economic realities have undergone transition. The same pricing decisions now needs re interpretation in wake of emerging economic complexities and financial crisis.

The economic questions remain the same yet environment is different .The most basic question is regarding the quantum of allocation of manufactured product or the service or the probable creation of value for consumer. Then comes the objectives and the motives before cornering on a specific price.(reference) Profit maximization or cost-plus pricing or demand based or value-based pricing or rate of return pricing, or competitor indexing.

The intentions to provide local flavor-different prices at different locations can be another strategy.(reference) The efficient market mix calls for market share development ,incorporating the information and demand based asymmetries as well as cornering the competitor. Marketing age and dependency of consumers herald yet another dimension in pricing. Oligopolistic attempts to retain market share can be visible in form of price maintenance, price collusion, or price discrimination. More than that the microeconomic factors like production costs, extent of competition , role of state and demand elasticities do creep in.T he value chain costs and methods of payments as well as associated lateral costs can also figure up. (reference)

After all , a well-designed pricing strategy needs to help the organization achieve the economic objectives and financial goals. Along with this it should make the business motives achievable .In addition to this it needs to support a product’s positioning and be consistent with the other variables in the marketing mix .

The capitalistic – socialistic economic divide is no longer feasible. The market structure is in itself much more complex than ever. The attempts to single out one strategy no longer seems to be practical.Thinkers and philosophers are coming up with new theoretical inputs to the change.

The law of one price (hereafter LoP) , one of the most basic laws of economics and yet it is a law observed in the breach [6] . Demanding two prices for same product in one market for exactly the same good—is so simple as to invite complication.

Changes in ways to approach the problem do happen. Economists come up with new theoretical rationale behind the current problems . LoP has undergone restatement [8] .The dynamics of information availability or non-availability seems to be the under current behind price variability.

LoP is based on greed , homogeneity of goods and speed to equilibrium [11] :

A. Multiple sellers at one spot to ensure competition at each location.

B. Standardized, bulk sale commodities with specialized traders, for which ready credit is available.

Yet the practical observation clearly suggests that , even if all commodities were goods, the sheer volume of goods makes the collection, compilation, storage and transmission of data so costly that we will never get individual data, only indexes and aggregates.

Then the trend of modern consumerism is toward more personalized products, which not only increases the number of goods to be considered but also makes price discrimination more likely.

Further , all modern economies are moving away from mass produced manufactured goods and toward services. This clearly complicates the pricing tactics .

The master thesis covers the topic of how same product-………. being priced at three different retail chains(………) , in ……..area in ……….. In today’s environment customers are becoming more demanding in terms of better service, including reliability and faster delivery.

Pricing in itself is being viewed with competitive advantage aspect. Yet the availability and non-availability of information can bring about the LoP. There seems to be no validity for the argument that increasing information processing capacities will bring about the end to price variation across the considered retail chains in …..area in …………….

An underlying reason for the importance of the chosen topic lies in evaluating the reasons behind the price variations across the ………as well as providing superior pricing strategy inputs which is the main foundation for a sustainable competitive advantage.

In this paper, the researcher will investigate into product differentiation used by the retailers to charge different prices for same products to different customers, using the case of supermarkets…………. in ……. Area across ………………..city.

The study will adopt triangulation method to carry out the research. Given the time and resource limitation, a convenience sampling method will be used. Observations regarding the prices of different products sold by the three leading supermarkets – Tesco, Sainsbury and Waitrose will be made and analyzed. The final result will be achieved by combining the existing qualitative theories with the observation and analyses of the data collected.

The paper intends to carry out an assessment of product differentiation used by different supermarkets in order to charge different prices for the same products. The basic research objectives of this study are:

To understand the rationale behind pricing

To understand what theories retails use

To understand the extent to which retailers use product differentiation to charge different prices from different customers.

To understand the limitations in this study

Real economies are subject to a succession of exogenous shocks. The discovery of new products, new processes, new sources of raw materials, new demands, and new ways of organizing production are, as emphasized by J. Schumpeter (1911), the driving forces of economic development and growth. It is unreasonable to suppose that such Schumpeterian shocks are all foreseen and can be incorporated as part of equilibrium.

Retail can be described as the process of goods or services being sold directly to the end-user. The most common form of Retail is through selling products in brick-and-mortar stores. 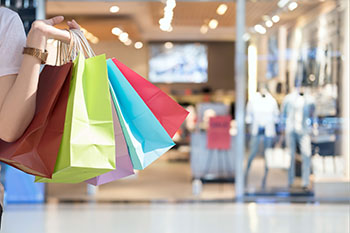 Walmart and the Retailing Process

1.0 Literature Review The Retailing process includes the business actions involved in selling goods and services to consumers for their personal or household use. Retailing also consists of the final ...

Structure and Organisation of the Retail Sector

Task 1 – Understanding Retail Task 1 Introduction In this task I have been asked to describe the structure and organisation of the Retail Sector. The changes in retail and how it has developed over...

Impact of Store Layout on Customers

Chapter 1: Introduction In today’s world market, dynamic & new era come with tough competition. In each and every sector competition is increasing. To cope up with the competition, it is n...