Fault Detection and Recovery in Virtual Coordinates based Sensor Networks

Sensor networks are a bunch of sensors which monitor physical or environmental conditions, such as temperature, sound, pressure, etc. and send the acquired data through the network to a central location. They are used in many diverse areas such as industrial process monitoring and control, machine health monitoring, and for military and defense applications such as surveillance and intelligence monitoring. Owing to the harsh environmental conditions of deployment and limited battery life of sensor nodes, node failure is inevitable. Even a single node failure in the network can cause huge damages in the application. The sensitive nature of their application domain and the fact that nodes have stringent limitations on physical size and power consumption, makes fault detection and recovery paramount. Also, system recovery should come with minimum computational cost, require no human intervention, and restore the system’s functionality to acceptable performance levels. In the present work, we have developed an  algorithm for 3D sensor networks, which adapts naturally to recover VCs irrespective of the number of faults, size or shape of the network, and avoids flooding the network with updated VCs.

Operations in Wireless Sensor Networks (WSNs) rely on the validity of the implemented addressing scheme for efficient system performance. Virtual Coordinates (VCs) are widely used for localization in ad hoc and sensor networks. VCs provide the most popular way to self-localize the nodes in a network. In a VC based addressing scheme, a set of anchor nodes are selected as landmarks and relative shortest hop distances from these set of anchor nodes are used as VCs for that node.

In the past, most of the research in the WSN domain has focused on 2D networks. But recently, owing to the plethora of emerging applications of 3D WSNs in various areas, like building monitoring [1], [2], underwater networks [3], [4], underground networks [5], air-borne networks [6], and so on, there is newly created need for efficient algorithms for 3D WSNs.

Three dimensional networks present a range of challenges to be dealt with for algorithm design while travelling from two-dimensional domain. This generally tends to introduce inefficiencies in the deployed VC systems for 3D environments. The following are some of the factors which require special attention while designing algorithms for 3D networks:

Recently, there have been some efforts to address the need for algorithms for 3D WSNs. Algorithms that increase the tolerance of the network by changing the topology [7], [8], have been proposed; however, it is not always possible to move the network nodes or to deploy new sensors in such events. In fact, most WSNs have stationary sensor nodes. Also, most of these solutions are designed around 2D network infrastructure [9], [10], [11]. A solution has been provided in  [12], for increasing the network life by balancing the energy consumption, however, it is not possible to completely achieve this objective by using homogeneous nodes. And since WSNs generally consist of homogeneous nodes, the proposed solution is not efficient. There has been some work in energy management, deployment of new nodes or system re-establishment, though not much work has been done in repairing the system when intermediate nodes fail without starting over, and moving or introducing new nodes. Thus, we feel that it is paramount to design a solution for node failure in stationary 3D networks with minimum repair cost.

We consider an anchor-based VC system, in which the VCs of a node correspond to the shortest hop distances to a set of anchors. Table 1 table lists all the notations used in this document. We have used the ENS anchor selection [13] that provides unique VCs with a very low number of anchors. The coordinate system is generated by each of the anchors flooding the network with a packet, where the hop count is incremented with each re-transmission of the packet. Flooding is controlled by each node by forwarding only the packet with the least hop count. At the end of this process by anchor Aj, each node ni is in possession of

hniAjcorresponding to the minimum hop distance to that anchor. The virtual coordinate-set of the node i is given by

Vi=[hniA1,…,hniAM]corresponding to all the M anchors. We use the term virtual ordinate to refer to an individual term in this vector.

When node failure affects the shortest path from an anchor to a node, the corresponding virtual ordinate of the node becomes invalid. For algorithms that work purely using anchor based VCs, invalid VCs can result in dramatic failures. The Virtual Coordinate Recovery Algorithm (VCRA), which have developed, detects node failures, and responds by recovering the VCs using a distributed adaptive approach in 3D sensor networks. The algorithm adapts naturally to recover VCs irrespective of the number of faults, as long as the network remains connected.

As discussed in a previous section, the 3D network differs in its connectivity. The 2D networks with 4 connected neighbors form a grid shape; however, its 3D extension has 8 connectivity making the connectivity and neighborhood information more complex to handle for network establishment, for flooding during execution of the algorithm and for routing during performance check.

Following definitions explain the terminologies used in this text:

If these three conditions are satisfied, then

2.     Affected nodes: Nodes that cannot satisfy the reliability condition in Eq. (1), after a node failure event, are referred as ‘affected nodes’ or ‘unreliable nodes’.

Note that the status of a node corresponding to a given ordinate may change as the status of its neighbors change. This status change propagates over the region whose coordinates are affected by the node failure.

We make the following assumptions regarding the network:

Node failure causes neighbor change for its surrounding nodes. This triggers the VC repair algorithm. Thus, the system starts repairing itself as soon as the failure event occurs. This is irrespective of the location of the failure event in the network.

The 3D Virtual Coordinate Recovery Algorithm (VCRA) can be summarized as follows:

To gauge the performance of the algorithm accurately we will be testing the networks at three instances: before failure, after failure, after repair. This will give us a better insight into the contribution made by this repair algorithm. For the testing phase, we would be using the definitions and performance metrics:

rniAj=0after node failure which were repaired to have

For the 2D algorithm, we had tested the algorithm on following two networks [14]:

The XY-coordinates of these networks can be found [15]. 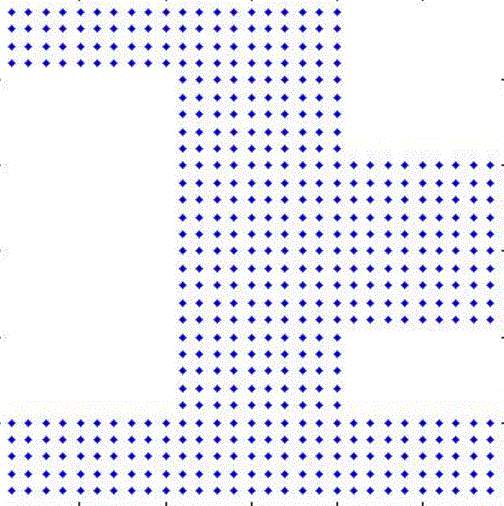 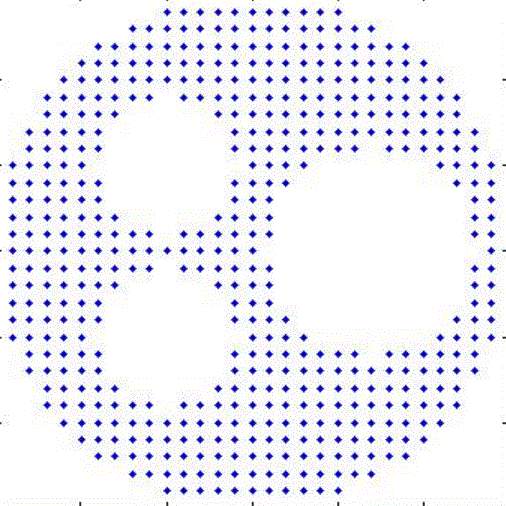 Figure 1. Types of networks used for testing in 2D domain.

We will be testing the algorithm on 3D networks of different shapes and sizes. Following will be the networks under test 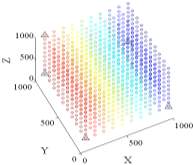 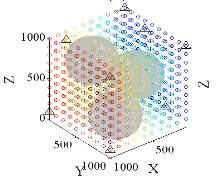 Figure 2. Types of networks used for testing in 3D domain.

The listed networks will be tested for all practical node failure situations possible. We try to cover these in the following three cases:

We test the failure and repair for failure percentages from 0% to 20% in steps: 0, 2, 4, 8, 16 and 20. We stop at 20% because as per our observation, the node deletion after 20% causes network cuts leading to disconnected parts in the network. Although there are few algorithms which provide solutions to repair cuts in WSNs [16], a cut is caused when a large number of nodes fail or a network is not repaired after successive node failure events indicating an aggravated failure situation. This algorithm focuses on connected networks to provide solutions for initial node failure situations to promptly repair the network. Thus, we would not be testing the performance of the algorithm for disconnected networks. However, we would still observe how the algorithm performs for disconnected 3D networks, to study the behavior.

There is a slight performance degradation when we extend the 2D algorithm to 3D spaces, though it provides correct results. The performance depends on the structure of the 3D network. Surface 3D networks or thinner work very much like 2D networks; whereas, volume 3D networks tend to a have higher node degree and thus a different node connectivity. The wider the 3D network, the more the chances of nodes having duplicate VCs with exiting anchor selection scheme. It might also create multiple local minimas in the network, which would in turn reduce the routing success within the network. Thus, it is important to customize the algorithm for 3D to have a better performance.

VI.   EXTENSION TO OTHER NETWORKS

For the exploratory component of the project, we have explored the possibility of modifying the virtual coordinate algorithm to adapt it to other application domains. We have particularly looked at the routing protocols used for routing traffic on the Internet. The present routing algorithms focus on the global-knowledge scheme. This means that each router maintains an index of the location of every piece of information on the Internet. Though the algorithms work perfectly in the present, however they are not scalable and such an approach would not be feasible in near future, as the amount of information grows. Further, it would be very difficult to introduce fault tolerance and repair mechanisms if any links in the network fails. The mean-time-to-repair would be enormous, keeping in view the sheer volume of network-index data stored on a failed node. Keeping in view all these aspects, we have considered the possibility of using virtual coordinate based algorithms for traffic routing on the Internet. As we know, the virtual coordinates scheme does not depend on the global-knowledge but on the local information of the neighboring nodes.  So even if the network scales, the amount of index data on each node would not be as high. And automatic repair of nodes could be used, as we have used in our algorithm for the sensor networks. We still need to figure out an efficient and fail-safe way of mapping from IP addresses to VCs. This possibility could make an excellent future work on fault tolerant and automatic repair Internet routing algorithms.

In the present report, we have presented our work on the development of an algorithm for fault detection and recovery in 3D wireless sensor networks. We have modified our existing 2D algorithm for 3D networks. The pseudo-code for the algorithm is ready, and we have started the coding and implementation phase. The test networks for 3D domain have been identified and performance metrics have been set up. We can say that we have completed approximately seventy percent of the proposed work. The final report would contain:

1.0 Introduction The purpose of this document is to expose a business problem from a technological viewpoint. The subject of the business problem I have selected is smartphone security. This subject ...

Analysis of Honeynets and Honeypots for Security

Mitigating the Risk of Phishing Attacks

This dissertation looked at the phishing as a whole and examined various stakeholders and the countermeasures that they recommend to be implemented....