These days the media business is witnessing the next structural transformation in its business model. Due to the reduction of revenues[1] from printed media and advertisements, industry giants are looking for other ways for penetrating additional revenues. The traditional strategy of cost reduction that was previously widely applied does not seem to be sustainable. On the contrary, most key players in the media world see the biggest opportunity in the invention of new models which will contribute to the boost of revenues. To a large extent media executives agree that monetization of online content is the decision they should go for more insistently[2]. One of the reasons why online monetization is a financially attractive way of growth is that, it has zero marginal cost, and as opposed to print media, revenue increase will not induce proportional increase in costs[3]. Another advantage which online news have compared to the traditional printed media is that they can provide news in real time regime which is extremely important in this particular industry as “news is very costly and at the same time highly perishable product”[4].

So far there have been some attempts of online monetization like the Kindle and micropayments but these strategies can’t balance the all the losses that the industry bears because of the before mentioned reasons.

Up to date, unfortunately for the industry’s decision makers, choosing the right model for online monetization was not the only challenge they had to face. Challenges like search engines, which are generating their content and giving it out to customers for free, are not easy to overcome. In fact, bloggers and social networks like Facebook and Tweeter could be considered as posing similar risks for traditional media companies. However in chapter 4 we will see that the attempts of transforming these risk bearing factors into opportunity and getting some kind of revenues from them has started, which logically should lead us to some type of “business to business” model which will become beneficial for both parts.

In this thesis, because of different reasons[5] I will not claim to have found the ideal model for content monetization, but rather will present several alternative models for monetizing online media content, and what’s more important, will discuss the most successful models employed thus far which are applied by leading players in the industry. I will compare their features to each other, analyze their advantages and disadvantages. I will also look empirical data of results of each model to give the reader a better sense of each model’s financial success and the importance of online content in their business, to have better understanding what role content monetization might mean for these news providers. Besides I will help the reader to have knowledge about the obstacles which should be taken in consideration by stakeholders, if they want to find the best match pay model for their news web-site.

Throughout its history the media business, which is one of the most dynamic and fast-developing industries, has passed through many development cycles, each prone to tremendous changes in terms of strategy, structure and model it operated with. The reasons of these changes in different times were different processes taking place in parallel, e.g. advances of post-delivery system, facilitating transportation and logistics around the world, various technological innovations etc. However, without any doubt, the emergence of the Internet and the subsequent development of digital media is the greatest change of at least last two decades. It has once again revolutionized the whole industry dramatically, more than any previous development.

Currently we are witnessing a transformation process which might become a ground for the conceptual change of the whole media industry. “Due to the reduction of revenues[6] from print media[7] (one of the reasons of this is decreased circulation of print newspapers, Exhibit 1) and online advertisements, industry giants have started to explore new ways to restructure their portfolios of income, and how to make their readers pay for the information they get online”[8]. The latest financial crisis played a role in accelerating this process. The downturn of revenues pushed the media companies to sharpen cost cuttings first of all indicated by the massive layoffs of the staff. However as many industry experts like freelance photojournalist Mike Fox believes, massive layoffs itself is not a sustainable strategy for the future[9]. The same view is shared by management consulting firm Booz & Company in their research about the media industry. They admit that cost cutting is an important tool for managers, but in order to stay capable of growing in the long run, companies can’t focus only on the expenditures side of their income statement.[10]

Media executives are still optimistic about the future. As the survey in the same research from Booz & Company shows, “most of the respondents (nearly 70%) believe that their companies are financially healthy. The which even higher to 80 percent when it comes to the opinion of integrated players (Exhibits 2), and surprisingly just one forth of the surveyed executives expected they would meet the end of recession with a deteriorated situation (Exhibit 3). Moreover, more than half of media executives (57%) believe that they still hold the wheels to control situation despite financial crisis and think that with structural trends developing in the industry they can outperform the negative results of economic downturn. Print executives are even more optimistic, this opinion is shared by 67 percent of them”. Booz & Co sees the future of media companies in their ability to identify the markets where they can compete successfully and the business models which will help them to do so.

In the June of 2009, at the Cable Show[11] in Washington D.C, American News Corp’s owner Rupert Murdoch gave a speech, which also covered the current challenges of media industry, where he specifically underlined the inevitable need of content monetization. He underlined that times when people where reading news online for free should be over, and thus gave a hint to the whole industry that the process of “online content monetization” is not only non-reversible process, but indeed it should accelerate whether somebody likes it or not. Murdoch mentioned that only online ads cannot cover media companies’ costs and named New York Times, as a vivid example of that. NYT has one of the most popular U.S newspaper websites, but still their online ad revenues are not sufficient for cost coverage[12].

The signal form the industry guru was correctly understood by other giant players of media world and many of them like Axel Springer and New York Times[13] already second time, started thinking how to charge their readers for online news in the way not to harm online traffic and ad revenues. Finding the balance among these two will be the biggest challenge for the “followers of the trend”. In the process of monetizing online media choosing the right type of model which will fit to one or another news provider’s overall strategy and values is a big deal of question.

Currently most news online is free, but there are some existing newspapers successfully charging their readers at least for the part of the information they provide to them.

1 shows the increased consumer spending (black curve) and penetration (grey curve) in online content. The research conducted by Online Publishers Association shows the same trend, that the money spent by consumers on online content in United States increase from 1.31 billion USD in 2002 to 1.78 billion USD in 2004, which meant annual growth rate of 17%. However this growth occurred in the entertainment area such as adult material, music, gaming and sports[14].

Currently, among them most successful in terms of revenues generated from online media content, are American The Wall Street Journal and the British Financial Times. Both of these newspapers are providing financial news and are most direct competitors of each other. Finance is one of those few areas which experts consider possible to monetize.

The Booz & Co research mentioned before makes focus on prior experiments of publishers who tried to monetize content and boost sales with which such an innovative tools as Kindle (Exhibit 4) sales, multi-title subscriptions and micropayments are, but as the results show these methods can’t regain all the revenues lost which the media industry faced in the last two years. It also shows that inevitable steps are needed from the whole industry to look for new business models and as the survey in the same research shows, media executives expect most increase of revenues from the innovations in the digital media, from the new innovative models. (Exhibit 5).

Expectations towards online monetization is a great, at least from the side of news providers, however the way on which they will have to go does not seem smooth and easy. There are various challenges monetizing volunteers will have to deal with; on the one hand there is a problem of search engines and bloggers “stealing” news from their web sites and offering them to readers on aggregate web-sites, and on the other hand there is a psychology of people and understanding their personal motivations, what would make them to pay money in online news. Furthermore, it will not be easy to make people pay for the information which they were used to get for free previously[15].

However despite all challenges and obstacles which is expected for industry players, Booz & Co concludes that process of media digitization is on its way and nothing can stop it. Mathias Döphner comes up with same opinion: “I do not share this kind of pessimism that content business is dying. The opposite is right. That’s the tremendous opportunity through the digitization.”[16]

One more factor which theoretically should give more hope to media magnates is psychological: as various studies about personality drivers during online purchase show, the experience of using internet and reading news online are positively correlated with purchase intention. Once the usage of internet and reading news online is a growing tendency in current reality, and the age of internet usage is also shifting fast, we can say that time works on media companies.

In this research I will analyse existing online paying models which successfully operate and give the hope to industry players for the “brighter” future in that prospect.

Media refers to large-scale communication, delivering content, entertainment and information to viewers. Media can include television, radio, the Internet, online and physical publications, billboards, and much more. 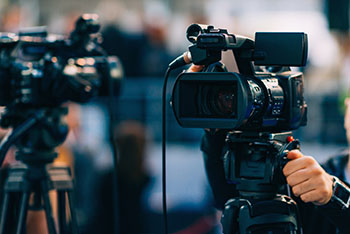 Investigating the significance of Instagram in the lives of teenage girls Welcome to the social media revolution… ABSTRACT Technology has revolutionized how people see the world, along wit...

Analysis of Media Impact on Body Image and Beauty Standards

An analysis of beauty ideals in a capitalist culture and a discussion on westernisation and the influences and effects of globalisation and mass media on body image and beauty standards....

Effect of Product Placement in Films