Before being incorporated as a township in 1835 by La Porte county. Portage primarily consisted of communities of McCool, Crisman and Garyton. The economy of primarily agricultural railroad development began in the 1850s and 1860s.

Between the 1870s and the 1930s, Portage did not grow very much. This is in contrast to the growth of towns to the west such as East Chicago, Gary, and Hammond due to the industrialization of steel mills.

Like many communities in the area, The World Wars affected the economy of Portage and the surrounding area in major way. As the Steel mills geared up for wartime demands, labor was in high demand, drawing many people to the area in search of work.

After the Second World War, the economy remained strong because of the high demand for consumer goods. Such as automobiles and appliances, both of which required large amounts steel which was produced at the regional steel mills. The population of post-war Portage grew very quickly. In the early 1950s, people came from surrounding states of Illinois and Kentucky, and southern Indiana. They came seeking steady wages available in the steel industry and associated industries.

Portage is still heavily dependent on industry. While primarily dependent on the Steel Industry, the 1980s brought decline in the regional steel industry. As a result, the C.O.I.L (the Community Organization on Industrial Location) was formed. This organization aims to promotes diversified industry in the area. They helped with the development of the local Coca-Cola bottling plant and developing the Port of Indiana.

Some economic challenges that the community faces to are the continuing and sustained decline of the manufacturing sector, increasing foreign competition for local industries, and underutilization of area steel mills.

My proposal is to bring a version of Valparaiso’s successful V-Line system to Portage, to ease traffic congestion inside the city limits and to improve the connections between the different areas of the city and The Region itself. The V-Line is a deviated fixed route bus service for the citizens and visitors of Valparaiso, Indiana. A bus system like the V-Line would also strengthen our connections to Chicago, if stops were placed at the Portage South Shore station and in the vicinity of the Coach USA station that services both of Chicago’s airports.

The city of Portage has a population of 38,000, most residents own automobiles and commute to work outside the city. Since local intracity is nonexistent and demand is undetermined we would begin using minibuses with a capacity of 18-27 passengers. City bus stops would be located in densely populated areas of the city, and assisted living centers. Tickets and schedules would be available through a variety of sources, including but not limited to a mobile app and online. Tickets would be offered at a discounted rate for certain groups (Senior citizens, vets etc.).

Now for the all-important question, bus-stop position. Where would these particular bus stops be located? We would begin by placing local stops in a variety of areas around the city that would have high demand and would require frequent service. We would also place limited or express stops in areas of limited high demand that would only run under certain conditions, these would mostly be point to point service (Such as to and from area steel mills). But such a service would be linked to other local routes to provide increased utility and efficiency.

Route. The core of the route will go up/down 1st (and/or 2nd) Ave from somewhere uptown (96th St? 125th St?) to somewhere downtown (Houston St? South St via Allen St?). At the top and the bottom of the core route it might be a good idea to have the busses fan out in a few directions (as is done on many subway routes and some bus routes such as the M14). This “fanning” would help to maximize one-seat trips (but one would have to be careful about the headways on the different portions of the route). At a minimum, it would seem that some of the busses would need to go to/from the midtown Central Business District (CBD) and some would need to go to/from the downtown CBD. Eventually one would need to stop guessing about routes and look at the actual trips that real people make (or want to make). It seems quite plausible that people want to travel up and down the East Side (since they are already doing this in huge numbers), but we need to know where they actually want to go and how we can integrate this service with existing services.

Incorporating Information Technology Systems is an important part of a Bus Rapid Transit (BRT) system implementation. This should include providing real-time information to passengers. Information on bus arrival times does wonders for BRT’s utility, efficiency, and image. This can be taken a step further – as has been done in a few cities – with real-time bus information available on wireless devices so that users can see bus arrival information before getting to the bus stop. In addition, ITS can help achieve reliable and quick service (reduce bus “bunching”, better adherence to schedules, etc.) through central coordination of real-time bus location and signal prioritization.

The economic benefits to the community would in the form of reduced traffic congestion, reduced road maintenance and reduced air pollution. Some other possible benefits would be increased attractiveness to investment due to having a mass transit system, albeit a fledgling one.

Transportation refers to the process of goods, people or animals being moved from one place to another. There are multiple methods of transport, including train, boat, bus, plane, lorry, and more. 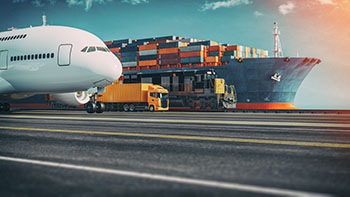 The main considerations of the study have been discussed on the impact of the light rail on the property values in Australia and U.S....

My proposal is to bring a version of Valparaiso’s successful V-Line system to Portage, to ease traffic congestion inside the city limits and to improve the connections between the different areas of the city and The Region itself....