The choice of development methodology for a project refers to the framework that is used to structure, plan and control the process of developing the system. There are different forms of such frameworks that have evolved over the years each having strengths and weaknesses. Since 1960, developers have introduced methodologies to assist with managing and developing large and complex software development projects (Larman & Basili, 2003). Each of the available methodologies is best suited to specific kinds of projects, based on various technical, organizational, project and team considerations (Centers for Medicare & Medicaid Services, 2008). This report studies a case study that made three attempts to execute a successfully implement a project following a traditional methodology in first attempt and shifting to scrum in the third attempt. There have been discussions and recommendations based on the different phases that occurred during the project followed by the conclusion.

A software development methodology is a framework, structure or the outline that is used to plan and control the process of developing the system .There are different frameworks that have evolved during the past years with each having its own strengths and weaknesses. Over the years, developers have produced and instituted many methodologies to overcome the challenges of managing software engineering project (Nasir & Sahibuddin, 2011) .The Standish Group (2015) reported that from 2011 to 2015, 39% of agile projects were successful, and 52% reached completion, but with challenges.

In the year 2000 the US federal bureau of investigation FBI initiated its Trilogy program whose aim is to upgrade the paper based system to electronic based system it’s known as VCF (Virtual case file) project .Due to its various lacking FBI shut down the project VCF (Olszewski & Wingreen, 2011) .In 2003, the FBI began a project named Sentinel targeting an end-user base of more than 30,000 FBI agents, analysts, and administrative employees(Schmitz, 2014). Sentinel will lessen the FBI’s dependency on paperwork, increase communication between FBI field offices, correlate data from multiple cases, limit redundancy, and reduce the amount of time spent on administrative tasks (Fulgham, Johnson, Crandall, & Jackson, 2011). Initially sentinel followed traditional software methodology .The sentinel is to be developed within four phases and be ready to be deployed by December 2009(Division, 2009). But only two phases were completed and due to overhead budget and timeline the project has to be stopped. On October 18, 2010, the FBI’s Information Technology Engineering Division (ITED) kicked off the new development approach to complete Sentinel: Agile development with Scrum methodology. (Division, 2009) .Hence scrum was used to deliver the complete sentinel project.

Scrum has been the most popular agile method in use for years (Zhang & Dorn, 2011). This management process enforces mechanisms that promote feedback loops and learning environments as opposed to the traditional command-and-control management approach (Lin, Miao, Shen, & Sun, 2013) .The scrum methodology is used when the prompt development of the software is required. The scrum is iterative and incremental methodology.

The comparison table depicts that there have been various flaws that occur in the traditional project management methodology to overcome these flaws agile has been used. There has always been difficulty in adapting the fuzzy demands, quick changes, and time pressure and user customization in the traditional methodology (Zhang, Cheng, & Du, 2013) and same happened in the case of FBI project. The waterfall approach was not able to handle the increasing requirements and deliver the project within the budget and timeline .For instance, the initial purpose of the VCF was solely to support traditional criminal investigations. Thereby, the project was well on track. But through its expansion to include intelligence tasks for counterterrorism, the project gained in complexity and was not able to accommodate the changing requirements (Schmitz, 2014). On the other hand, the Scrum model was able to adapt these changes .The developers have learned from the previous failures that what has to be done in order to reach to the desired outcome.

The FBI implemented Sentinel in July 2012 as an electronic information and case management system that includes records management, workflow management, evidence management, search and reporting capabilities, and information sharing with other law enforcement agencies and the intelligence community (Division, 2014).But still  the IG found that Sentinel is still suffering from some serious operational deficiencies two years after it went live (Charette, 2014). A well-managed project may fail to deliver the intended outcomes, and a poorly managed project can still be successful, although it may come with a hefty price tag (Jugdev, Perkins, Fortune, White, & Walker, 2013). The sentinel project have proved this with its three attempts resulting in a big budget spend on for the development. There have been positive and negative feedbacks by the users after using sentinel .If the changes have been accommodated and proper risk management was performed at earlier stages then sentinel project have been one of the successful projects. Two years have passed since the FBI deployed Sentinel to users in July 2012. Since the deployment, the FBI has worked to improve both the functionality and user’s experience with Sentinel. During the audit, the majority of users who participated in the survey conducted during the audit viewed their experience with Sentinel positively, responding that Sentinel has increased their daily productivity, increased their ability to share information with personnel in other offices, and enhanced the FBI’s ability to carry out its mission (Division, 2014).There had been many reasons for the project failure in the two attempts that can be changing requirements, lack of IT knowledge and not following a strategic approach for the project .A large number of team resulted in lot of communication challenges .Whereas by reducing the number of team members in the agile had resulted in more collaborative environment within the team which resulted in better output .

Division, U. S. D. of justice office off the I. general A. (2009). Sentinel Audit V: Status of the federal bureau of investigation’s case management system.

Management involves being responsible for directing others and making decisions on behalf of a company or organisation. Managers will have a number of resources at their disposal, of which they can use where they feel necessary to help people or a company to achieve their goals. 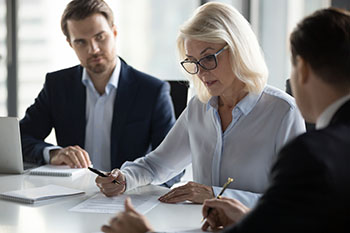 Oil Spillage Impact in the Niger Delta Region of Nigeria

This research examines oil spillage and their associative effects on the fauna and flora of the Niger delta region of Nigeria....

Effect of Business and Management on SACCOs

The background gives a brief history of the savings and credit cooperative societies, highlights its importance to the society and touches on the problems that have influenced its performance of its r...