Both public and private prisons have one common goal to incarcerate offenders in the prison system who have been convicted of a crime. The issue is how prisoners are viewed within the prison system—that is, whether they are in need of rehabilitation, or whether they are slave laborers there for corporate profit. This Literature review is to analyze and clarify point of agreement and opposition of the argument on prison privatization warehousing prisoners for servitude or rehabilitation.

“The Challenge of Prison Oversight” written by David C. Fathi, published by The American Criminal Law Review in 2010, the article’s focus is on the disenfranchised prison population’s lack of due process of the law rendering them vulnerable to mistreatment and abuse.

The United States does not have a national system in place to independently monitor the prison environment.  The barriers present provide opportunity for the exclusion of legal representation for prisoners. The opposition argues prisoners present numerous frivolous complaints to the court system depleting the justice system of funds needed to operate. This article provides an analysis of decline in federal-court oversight of U.S. prisons and jails in the last two decades. It examines the absence of non-judicial oversight mechanisms, and discusses the unique oversight problems posed by private prisons. In each of these areas, the American Bar Association's Standards on the Treatment of Prisoners provide guidelines on best practices, which are reviewed in turn.

Fathi argues prisoners are overwhelmingly poor and lacking in formal education; many are functionally illiterate. (1) Their unpopularity makes it unlikely that others will come to their aid. Rendering them defenseless without adequate legal representation. The combination of these factors the closed nature of the prison environment and the fact that prisons house politically powerless, unpopular people--creates a significant risk of mistreatment and abuse (Fathi, 2010, p. 1453). Fathi argues prisoners lack the same legal representation other citizen are given. The privately-owned prisons are not subject to the same standards of the publicly owned prisons. Private prisons are not required to hold public meeting or adhere to the freedom of information laws state and other correctional institutions follow. Which leads to the mistreatment of prisoners.

“Constitutional Bases to Retroactively Alter Private Prison Contracts” written by Chase Whiting, was published by the American Criminal Law Review in 2017. The article seeks to remedy the abuse of private prisons bargaining prisoners for profit. Private prisons do not conform to state regulations required for the prison population. The state cannot enter into contracts with private prisons then allow the privately-owned prisons do whatever they want to do.

“Private Prisons in the United States” written and published by Sentencing Project (October 24, 2019), provides empirical data to support the increase in the private prison population. The prisons incarcerated 121,718 people in 2017, representing 8.2% of the total state and federal prison population. Since 2000, the number of people housed in private prisons has increased 39% (“Sentencing Project,” 2019).

“The True History of America’s Private Prison Industry” written by Shane Bauer, was published by Time Magazine in 2018. The article provides a brief history of the private prison industry from its inception. Bauer argues the private prison industry was founded on the principals of slavery and profit for the prison industry. The 13th amendment abolished slavery with the exception of as punishment for a crime. This stipulation allowed former slave owners to force prisoners to work on their private plantation. under horrid conditions. The state of Louisiana opened its prison in 1835, nine years later the prison was privatized by McHatton, Pratt, and Ward who operated the prison as a factory to produce cheap clothing for slaves (Time, 2018). Years later, the state wanted to gain profits too. The state found a corporation to operate the prison and sell stock market shares.

Several years later, the state of Texas opened a private prison which became the leading manufacturer of textiles west of the Mississippi. Rehabilitation was no longer an objective for the incarcerated prisoners as is the argument today against private prison’s focus on maximizing profits. The opposition argues, prisoners committed a crime and should not receive any favorable treatment, punishment should continue without any remedy to compensate for the crimes committed. Prisoners are criminals who should be ostracized from society for their criminal act.

Staples’ account reveals state prison providing educational opportunities, counseling, and parenting classes to rehabilitate prisoners to become productive law-abiding citizens upon release. To maintain the family unit, mothers with a prison term of 18 months or less are approved to keep their child in the prison dormitory, with the stipulation the child is not over 18 months old. The mother’s crime cannot be of a violent nature or a crime against a child. Staples reports prisoners on work release are sometimes permitted to work outside to prison. Guards drop them off at their place of employment and the inmate will ride the bus back to the prison after their shift is completed. Staples explained this is done to help secure employment for the inmate upon their release from prison.

Strict guidelines are followed to take advantage of the opportunity to participate in those programs. Those who do not conform to the rules are removed from the program, the inmate will receive additional prison time, depending on the severity of the offense committed.  Staples states maintaining relationships and contact with family and will help them adjust to life outside the prison once released. Staples argues, rehabilitation is a key element to reintegrate prisoners back into society. Without any rehabilitation former prisoners do not have any skills to help them live successfully outside the prison walls. She maintains recidivism in the penal system is a valid indicator of the need for rehabilitation of those in incarcerated.

“American Prison: A reporter’s undercover journey into the business of punishment.” written by Shane Bauer, published by New York: Penguin Press (2018), has a similar context to the primary source both are prison guards within a prison. The vast difference lies in the prison itself. The Indiana Women’s Prison is a public prison operated by the DOC. Winn Correctional Facility in Louisiana is a private prison operated by CoreCivic formerly known as Corrections Corporation of America (CCA) the second largest private prison corporation in the United States.

Bauer argues during his undercover investigation of Winn Prison the prisoner’s basic human rights were sacrificed for corporate profit. Prisoners were tortured and denied food and water for not meeting their daily production quota. Seriously ill prisoners taken to the infirmary were not transferred to the hospital because the prison did not want to pay the hospital bill (Bauer, 2018, p.204). The prison was grossly understaffed to maintain the profit margin. This treatment is in stark contrast to Staples account of the state prison.

In conclusion, the debate on private prisons is based on rehabilitation or strictly punishment of those incarcerated in the penal system throughout the United States. This topic has numerous arguments for and against the privatization of prisons since its inception. Government involvement in the private prison industry has not been mentioned  It shall continue to be debated with or without remedy for those in conflict over the issue of private prisons profiting from inmate labor.

Criminology is a social science that applies elements of sociology, psychology and law in the study of crime, criminal behaviour and law enforcement. 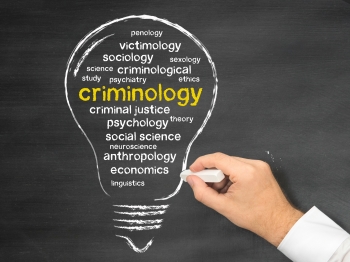 Arguments For and Against Prison Privatisation

This literature review is to analyse and clarify points of agreement and opposition of the argument on prison privatization warehousing prisoners for servitude or rehabilitation....

This paper will discuss the experience of immigrants in the United States, the prevalent risks that may increase domestic violence for immigrant women, will provide a historical overview of policies that have led to the passage of VAWA 2005, and enumerate the systemic barriers to effective implementation....

Sexual Assault in the Military

The mission of the military is to defend the nation against all foreign and domestic enemies and those who are appointed over them. In order for military members to carry out the mission, they must b...