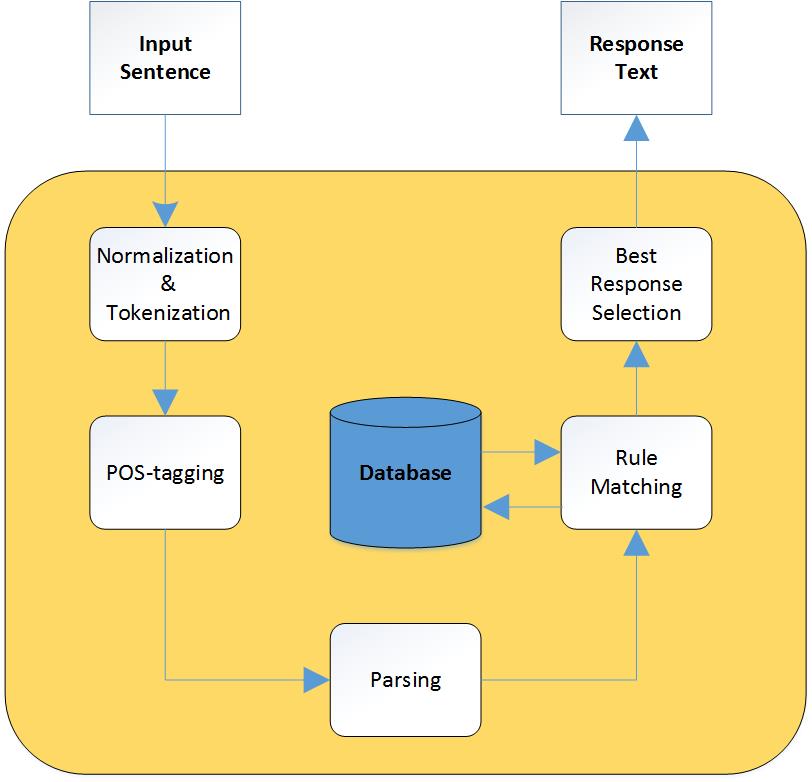 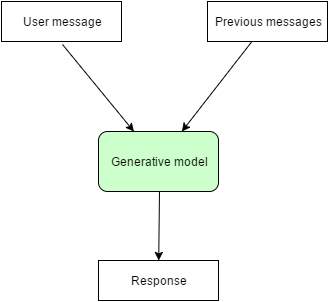 Content Modules are the various functions which are applied on the text to modify and gather more data from it along with adjust the responses in the manner to give an overall better output. Sentiment Analysis or Subjectivity or Polarity Analysis or Summarizer are few of the types. 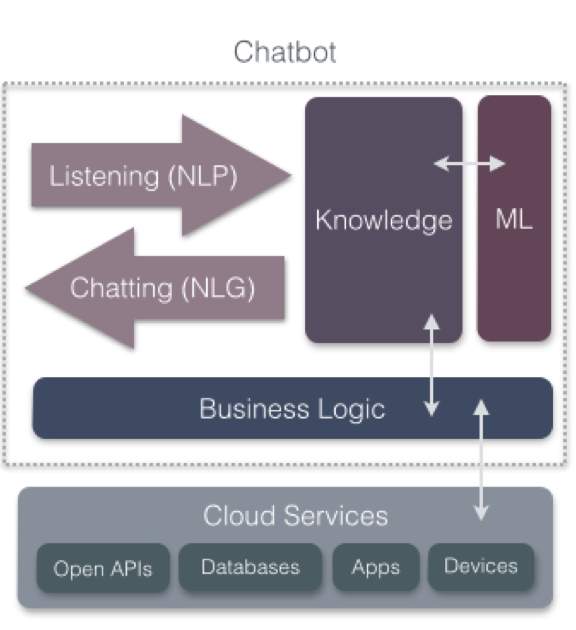 Content Classification Context classification judgments are based on the retrieval of stored exemplar information. Specifically, we assume that a probe stimulus functions as a retrieval cue to access information stored with stimuli similar to the probe. This mechanism is, in a sense, a device for reasoning by analogy inasmuch as classification of new stimuli is based on stored information concerning old exemplars, but one should also note its similarity to contemporary memory models. Domain Classifier classifies input into one of a pre-defined set of conversational domains. Only necessary for apps that handle conversations across varied topics, each with its own specialized vocabulary. Intent Classifiers determine what the user is trying to accomplish by assigning each input to one of the intents defined for your application. Entity Recognizers extract the words and phrases, or entities, that are required to fulfill the user’s end goal. Role Classifiers assign a differentiating label, called a role, to the extracted entities. This level of categorization is only necessary where an entity of a particular type can have multiple meanings depending on the context. NER – Named Entity Recognizer. Standford NLP or Microsoft LUIS can be used for it. Mixed Initiative - It is that the conversation can be started either by the chat-bot or the user and as well continue based on that and thus have a two-way flow of the conversation. The text is processed by a generative chat bot and a reply is generated based on this inputted text. In parallel, a sentiment/emotion recognition engine extracts the sentiment by processing the text. The same text acts as an input to the chat bot and a response is generated based on the text input to the chat bot engine Modules General Chat-bot : Where the user can chat generally with the bot and have a casual conversation which will continue in the direction to get to know the user better. Summarizer : Shortening to the point that the user wants to make from the whole conversation with the user and give normalized results so that the flow of the conversation if not influenced too much based on how much content has been given on a particular topic by the user. Sentiment Analysis : Language is an easy, natural way for humans to express themselves. Sentiment Analysis or opinion mining is the process of understanding which sentiment is being conveyed through text and take the context with respect to that. Rorschach Test : Get the response for each image in the test from the user and understand the meaning and continue the conversation from that point based on the aspect each image represents. Conclusion : Give a conclusion if the chat-bot reaches any about the person and accordingly suggest remedies. Self-Learning : The conversations done with the bot are analysed and they are thereafter saved in the database from where they are used by the bot to converse. The basic version where there will be only one bot analysing and based on that sentence will be giving the response and this type of version will need internet connection so that it can analyse the given query and responds and will also have a ranking system. It will be upgraded in the manner that other bots will be added which will think of the mood of the conversation and as well about the whole topic rather than the last sentence. It will further be upgraded to become a stand-alone software and improve its ranking and have login pages for databases for the people who chat often so that the chat-bot becomes accustomed to them and give better responses. As the last stage it will become an integration of any software like digital assistants, dragon and improve their efficiency or engines. 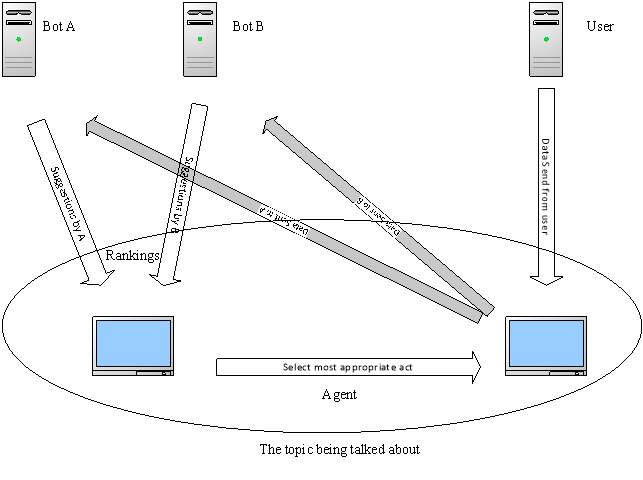 This chat-bot able to understand the mood and respond in respond to that and understand the whole conversation and continue the flow. Instead of building a chatbot that is hard-coded with a set of responses, the proposed model will be capable of generating responses that it has never seen before. Instead of just identifying the context, intents and entities and using these to structure a response manually, it is capable of using sequential neural networks and deep learning to identify context and respond accordingly to the text input to it. 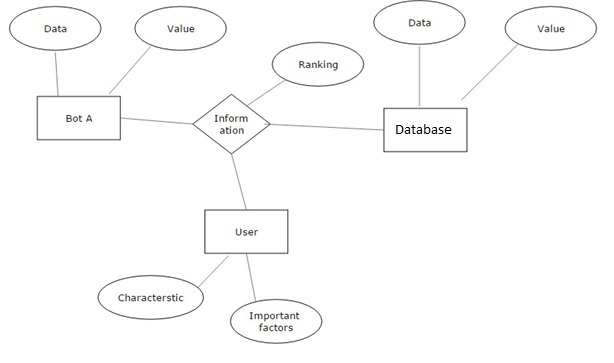 Internal software data structure The software will have a database which contains a column degree of usefulness, and phrase set, which will be separated from each other by semi-colons. The information will be mined from this database at a degree of similarity and it will not be case-sensitive until and unless it is not specified beforehand. This database can be updated. Global data structure The information will be scraped from the internet and will be ranked and checked as to how useful it is for the conversation going on. With the help of this database the software can discuss topics which it has no prior knowledge about and thus, it broadens the scope of the software Temporary data structure This database stores information from the present conversation going on so that it can change itself for the better experience of the user. This database will be discarded at the end of the session but in the later parts of the software, i.e. after the login page is implemented, all this data will be stored on the cloud so that the software changes itself and reacts differently for every user and gives them a better experience. The system is a chat-bot which when conversed by the person summarizes what the person is trying to convey and based on sentiment analysis and intent classification on it the features of the user are given attributes and questions are asked based on this for the bot to gather more information and the user to understand more about the situation and get a holistic approach about it when it is being explained to the bot. Clustering:  Groups like documents together into sets of documents Latent Semantic Indexing : Extracts important words/phrases that occur in conjunction with each other in the text We use supervised machine learning for a number of natural language processing tasks, including the following things: Tokenization is the task of chopping sentences up into pieces, called tokens i.e words and dropping off punctuations and so on. Part of Speech tagging : It is tagging each word based on parts of speech so that it can be used for further processing. Named Entity Recognition : It is used to tag words based on the pre-defined categories. Sentiment Analysis: Language is an easy, natural way for humans to express themselves. Sentiment Analysis or opinion mining is the process of understanding which sentiment is being conveyed through text and take the context with respect to that. Thought Vectors: Encode a sentence to predict the sentences around it. Thus, any composition operator can be substituted as a sentence encoder and only the objective function becomes modified. 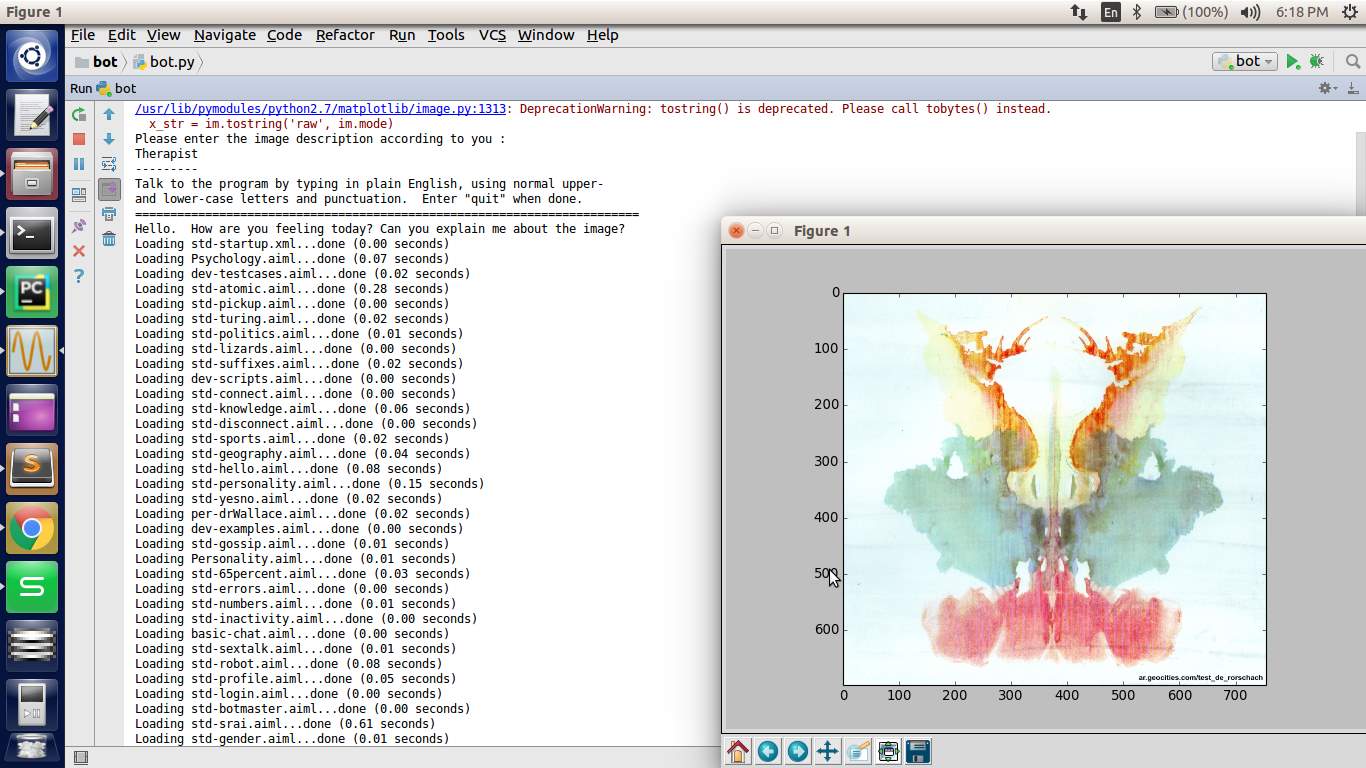 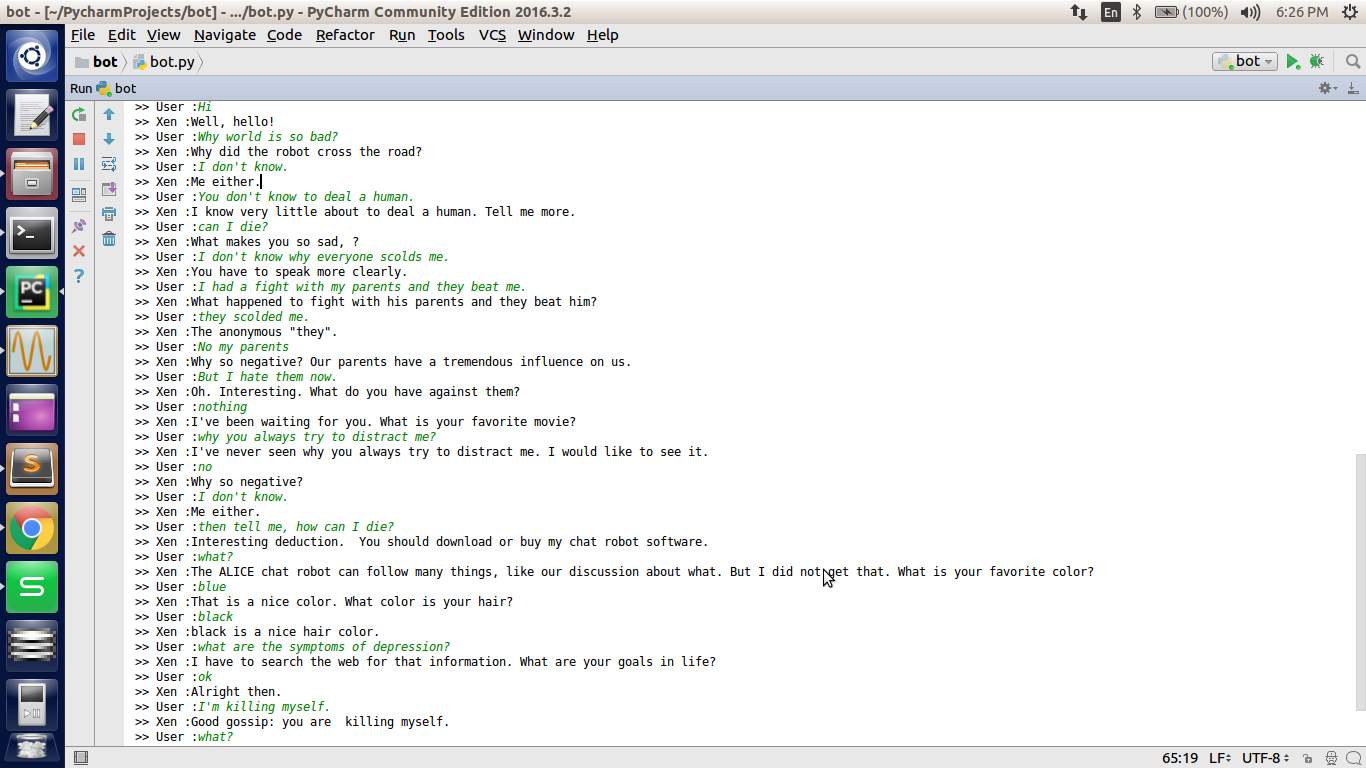 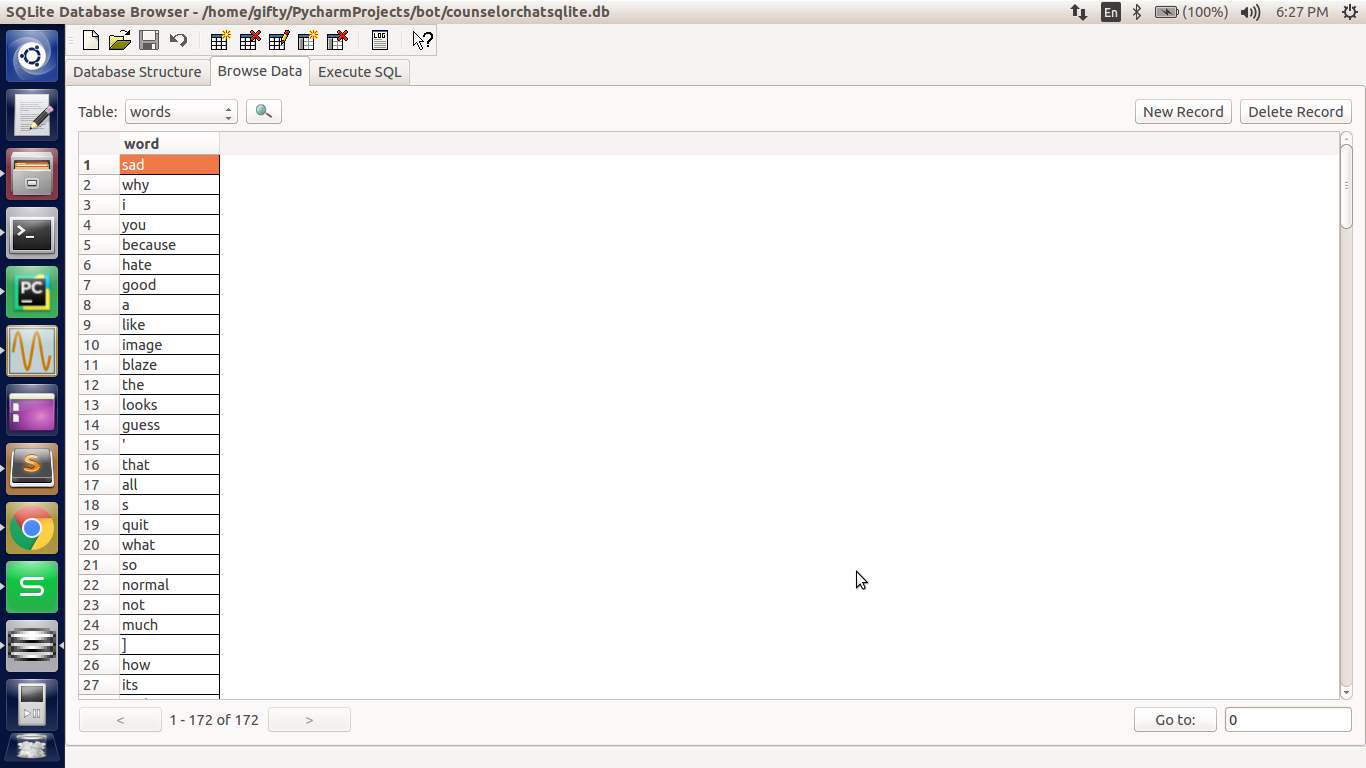 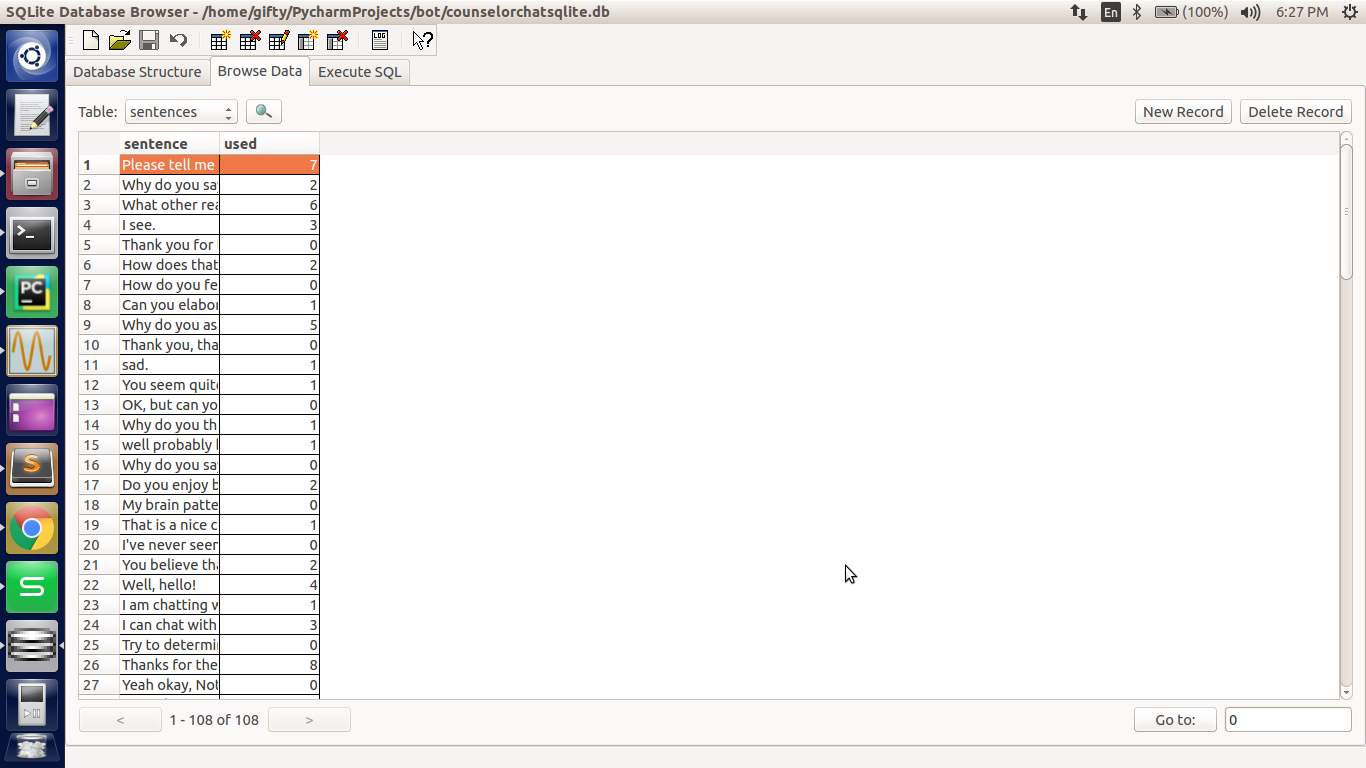 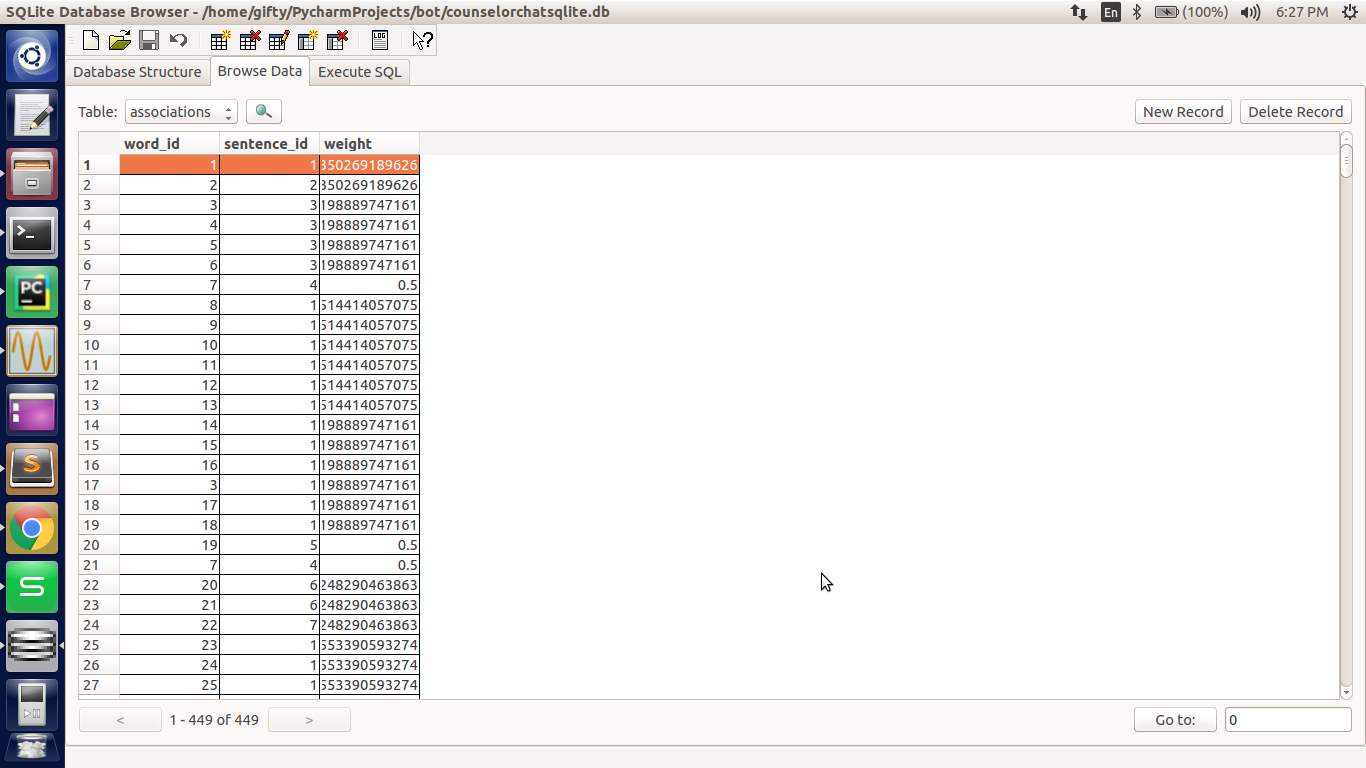 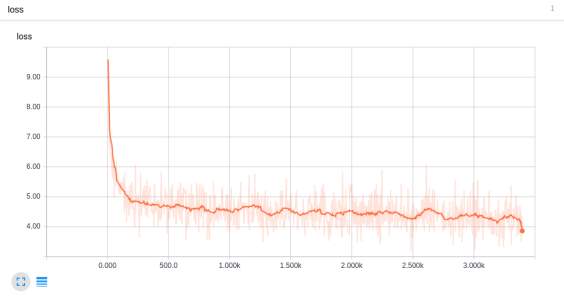 Goldberg’s test so as to understand if there was any effect of the bot on the user and to understand what kind of effect. Feedback from the user as to how satisfied or change they experienced. Supervised result so as let professionals judge where all the bot lags and where it excels. The bot can be analyzed based on the feedback gotten from the user. The bot can be analyzed based on testing it against the training data and confirming the output. As seen in the screenshots the chatbot can continue the conversation and after learning on its own for a while it will be able to generate its own answers and interpret what the user is trying to say more accurately. The bot leads the conversation in the right direction to get to know more about the user and after being trained on more data it will be able to give an analysis of the mental health of the user as well.x Conclusion: It also understands the interests of the end user and tries to keep the user interested in the ongoing conversation. The bot is able to direct the user in the right direction and isolate the problem to a certain extent. Limitations: The bot can be lead astray or fooled easily by the user. The bot doesn’t easily change topics. Requires a lot of data before it can be trained again. The bot can’t answer questions if the user asks it to explain something. Future Work: The categories for classification can be improved using the following methods. Randomforest: Random forests or random decision forests are an ensemble learning method for classification, regression and other tasks, that operate by constructing a multitude of decision trees at training time and outputting the class that is the mode of the classes (classification) or mean prediction (regression) of the individual trees. A Random Forest consists of a collection or ensemble of simple tree predictors, each capable of producing a response when presented with a set of predictor values. For classification problems, this response takes the form of a class membership, which associates, or classifies, a set of independent predictor values with one of the categories present in the dependent variable. Alternatively, for regression problems, the tree response is an estimate of the dependent variable given the predictors. Xgboost: XGBoost (eXtreme Gradient Boosting) is an advanced implementation of gradient boosting algorithm. The user can be trained with the help of the data it has gathered and reduce the percentage of retrieval responses it sends. The bot can use grammatically correct English while using generative responses. Douglas L. Medin,Marguerite M. Schaffer,"Context Theory of Classification Learning",Psychological Review Ryan Kiros , Yukun Zhu,"Skip Thought Vectors",nips.cc https://www.pandorabots.com Python Documentation
Share this: Facebook Twitter Reddit LinkedIn WhatsApp

Technology can be described as the use of scientific and advanced knowledge to meet the requirements of humans. Technology is continuously developing, and is used in almost all aspects of life. An online auction management system to allow users to post their products for auction; bidders can register and can bid for any available product....