Tesla was co-founded by Elon Musk, also the CEO, in 2003 with the goal to revolutionise the automobile industry. The company, which was unknown almost 10 years ago, has now reached new scales of progress. However, this journey has also seen its fair share of setbacks. The last eighteen months at Tesla has been the toughest period for both, Tesla and Elon Musk (Gelles, Kelly and Silver-Greenberg, 2018).

In a recent email that Musk sent out to Tesla employees, he emphasised it was the results generated that truly mattered (Musk, 2018). This urges us to think of Tesla’s working climate. Moreover, when Model 3 was released in 2017, Musk stated that the workers were in for “six months of manufacturing hell” (Gelles, Kelly and Silver-Greenberg, 2018).  Now, Tesla is unable to meet its production estimate for Model 3 putting the company in a very dicey situation since this is key to its financial future. Moreover, it has several pending bond payments to make as well as inadequate cash (Gelles, Goldstein and Boudette, 2018).

As if these troubles were not enough; in August, 2018, Musk took to Twitter to share his misleading plan of taking Tesla private. His tweet led to an immediate backlash in the stock market and saw high-yield bonds worth $1.8 billion trade at all-time lows (Renninson, Smith and Waters, 2018). Consequently, he had to resign from the role of Tesla Inc. chairman and also settle a penalty worth $20 million (Hull and Bain, 2018).

But the biggest blow plaguing Tesla remains its poor working climate often resulting in injuries among employees. Jose Moran, a Tesla employee, wrote in 2017, “I feel like I am working for a company of the future under working conditions of the past”.

Employees are facing the brunt of over the top production goals dictated by the CEO, of manufacturing 500,000 cars in 2018 – a rise of 495% from 2016 (Wong, 2017a). Total recordable incident rate (TRIR) is a metric on which workplace safety is regulated. This gives an estimate of the number of injuries that occur in the workplace. In 2015, Tesla’s TRIR exceeded the industry average by 31% (Wong, 2017b). Another metric used is restricted duty or transfer rate (Dart) (Wong, 2017b) which measures the number of days an employee is away from work due to injuries succumbed. In 2015, this metric was 103% higher than industry average  (Wong, 2017b).

With all these statistics in the open, Tesla emphasised that their TRIR in 2017 was much lower than the industry average, signifying an improvement in the factory environment (Wong, 2017b). On the contrary, a report released earlier this year went on to show that Tesla has been misreporting the injury rates at the factory and was also wrongly labelling injuries as personal or minor (Matousek, 2018b). Interestingly, a recent report says that the company avoids transporting injured workers in ambulances opting for personal cars instead (Rapier, 2018). They have been doing this in order to keep their workplace injury statistics low and at bay from speculation (Matousek, 2018b).

This cold attitude of Elon Musk and Tesla reflects that their eyes are closed to the flaws in their manufacturing systems, leading to a classic case of ethical egoism (Hoffman, 2001).

Jose Moran, a Tesla employee, wrote in his blog that his colleagues were often inflicted with injuries but were too fearful to speak up. While the average pay for an auto worker in USA is $25.58 an hour, most Tesla workers are paid between $17-21 hourly. High injury rates, inadequate pay, low morale among others are not only employee issues but also adversely affects the company’s production rate (Moran, 2017) and reputation making this a larger crisis than ever. Moran re-iterates that the company has a potential to function better and for that employees need to be able to voice their concerns. The challenges gripping Tesla employees led them to engage in a unionisation efforts in 2017 (Matousek, 2018a).

It is no surprise that Elon Musk has earned a reputation for immobilising pro-union efforts (Sainato, 2018). He has been accused by The United Auto Workers Union (UAW) for illegally threatening employees to strip them off their benefits and even their jobs (Wiessner, 2018). In spite of this news circulating, Musk continues to maintain a neutral attitude but has even tweeted “why pay union dues and give up stock options for nothing” (White, 2018). Clearly, the anti-unionisation attempts of Musk and Tesla go to show that they are unwilling to draw external attention upon themselves with regards to the poor working conditions, employee well-being, etc.

Evidently, Musk has been following a consequentialism approach (Hoffman, 2001) in running Tesla giving due importance to outcomes without assessing each action undertaken. Going forward, Tesla should adopt a deontological approach, working around its two main pillars of duty and respect. This implies that rather than focusing on the consequences, the company ought to identify the ‘right’ actions first in order to proceed (Hoffman, 2001). Presented below are plausible solutions that can turn things around in Tesla’s favour.

Musk’s recent tweet about taking Tesla private, mocking federal regulators (Ferris, 2018), problems of safety at the Tesla manufacturing factory and cash-flow are all indicative that the Board of Directors has been “unduly deferential” towards Musk’s operational activities (Welch and Hull, 2018).

Several of the directors on Tesla’s board have prior relations with Musk (Chasan, Coppola and Hull, 2018), hence not giving them the independence and discretion they require. Investors have voiced that the board needs a complete overhaul. While it now needs to add a new chairman and two directors; it is crucial that those elected will hold Musk responsible for his actions as CEO (Chasan, Coppola and Hull, 2018). The SEC has dismissed Tesla from the position of Chairman for the next three years. However, learning from the past, the position of the CEO and Chairman should be permanently separated. The company needs a diverse board consisting people with various backgrounds to provide strong corporate governance as this will help direct Tesla onto the right track.

Tesla employees possess legitimacy, power and urgency making them definitive stakeholders (Mitchell, Wood and Agle, 1997). But up till now they have not been treated as such by the company management. Musk has also expressed deep resentment against employee unions; but it is equally important for employees to have an outlet where they can express their grief and concerns. The proposed solution, inspired by Kotter’s ‘Accelerate’, would entail Tesla taking up a satisficing (Stout, 2013) line of action so that apart from meeting their results, they also improve their crucial stakeholders – their employees’ – well-being.

To fill this gap, Tesla is in dire need of a second operating system which would be an agile network based operating system working alongside the current hierarchy (Kotter, 2012). A few employees and managers, known as change agents, will be a part of this network. They will be appointed voluntarily and will constitute the employees’ representatives. This volunteer army will possess organisational knowledge, have credibility, will understand the need for change better than any union and also have seamless communication with the current hierarchy. They will encourage greater employee involvement and engagement as they will be the facilitators of change working alongside the traditional hierarchy. 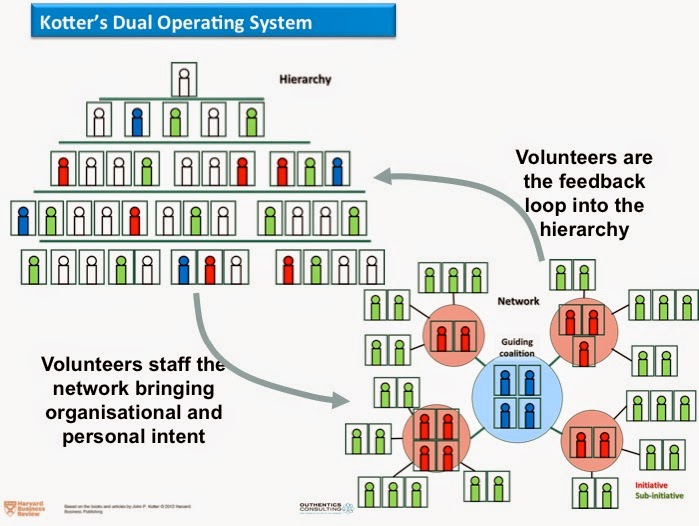 An added advantage, given Tesla’s current financial crunch, is that adding a dual operating system is economically viable as it consists of current staff.

The company has various stakeholders that are affected by its every action (Jain and Jamali, 2015). For addressing the needs of each of them, Tesla should make its decisions keeping in mind the social issues afflicting the company and act consciously. By blending its operations with ethical working practices, Tesla will adopt an inside-out approach, i.e. corporate social responsibility (CSR) Integration (Jain and Jamali, 2015). Ergonomic developments in the factory would help to improve its injury rate, while also increasing employee productivity and efficiency.

To achieve this, Tesla should take inspiration from Audi’s holistic view on workplace ergonomics (McCandless, 2014). Tesla ought to broaden its perception on working conditions to be more well-rounded. This can be incorporated by first examining and improving the workplace environment by considering factors such as lighting, temperature, processes, among others. Recent reports even say that the workers have received inadequate training for the hazardous work that they engage in (Matousek, 2018b). This makes it all the more important that employees receive explicit training on workplace ergonomics while making employees participate in knowledge-sharing by discussing ideas and best practices in workshop forums. This allows employees to be more aware about their work, leading to safer working conditions and also enhances their involvement in company dynamics.

The entire analysis presented above points to one clear conclusion: Tesla’s top-down management approach is working against it. The company needs to understand that its employees are the most important assets and by giving them the respect and autonomy they deserve they will feel empowered (Williams, 2017). Ensuring steady and independent corporate governance is the first step towards that. Establishing a volunteer army and improving Tesla’s ergonomics will further augment employee well-being as it will build a supportive and safe organisational culture. Implementing these solutions will bring Tesla back on track towards a brighter future.

Sainato, M. (2018) Tesla workers speak out: ‘Anything pro-union is shut down really fast’, The Guardian. Available at: https://www.theguardian.com/technology/2018/sep/10/tesla-workers-union-elon-musk (Accessed: 5 November 2018).

Business Ethics are policies and best practices that must be adhered to, relating to behaviour and morals, as well as other potentially controversial topics. Case Study of Legal and Ethical Issues at Uber

An in-depth case study of Uber based on legal and ethical principles in relation to Uber’s internal and external affairs....

Communication is a process of exchanging verbal and nonverbal messages. It is a constant process. It is essential for message to be conveyed through some medium to the recipient....

Analysis of Challenges Being Faced by Tesla