In recent years, there is a remarkable change and improvement of modern power supply technology because of the advent of power electronics. Meanwhile, many topologies are widely applied in several fields such as computers, communications and electrical vehicles etc. In addition, the renewable energy is playing more and more important role in our life. For instance, the solar photovoltaic source is one of the cleanest energy source and is extensively applied over the world. The application of PV is shown below. For the end of 2016 IRENA reports 2900.98 GWP of globally installed PV capacity, giving clear national specific data for 147 countries. [1]

The topology evolution process of the CUK converter

The principle of operation of CUK converter

The comparitive discussion on CUK and different topologies based on PV system.

The controller strategy of converter

The option of switch

One of the common topologies is CUK converter named after its inventor is a combination of the step-up circuit and step-down circuit. There are a couple of advantages of this converter. One advantage is the magnitude of output voltage generated by the CUK converter can be higher or lower than the magnitude of input supply voltage however the polarity of the output voltage is reverse of input voltage. The main dominance of it is to come up with the control of large amount of power with simplified configurations and less electronics components. Moreover, under the condition of multiplex output converter, the ripple current of one specific output port is zero with the decline of input voltage. In the other words, for the harmonics of operation of switching devices, it is dispensable to have the EMI filtering. Furthermore, in the output side, there is no need to have the filter capacitor to reduce the output ripple.

To have a better understanding of project topic, it is necessary to go through the operation and the characteristic of the CUK converter. Based on typical characteristic compared with diverse converters, CUK converter have a better selected application. To have a great performance in this application, various control strategies are supposed to be used to meet the requirement of the application. Moreover, it is significant to have a determination of control strategy.

The topology evolution process of the CUK converter

It is well known that the CUK converter is a combination of BUCK chopper and BOOST chopper. Firstly, the BUCK converter and the BOOST converter were made as cascade connection which is shown in fig.1. After that, with the similar driving signal applied to two active switches, the equivalent circuit of the period when the switch is on and the period when the switch is off need to be simplified. That is the components of the cascade connection would be less which means the number of active and passive switches is reduced to one. More over the new circuit working principle is exactly similar with a cascade converter. What’s more, the topology of the new circuit is simpler than the previous one. The evolution process of CUK converter has been shown in the fig.2

Two states of two equivalent circuits of a cascade converter

The principle of operation of CUK converter

Interval 2: When the switch is off, the equivalent circuit can be inspected in the fig.6. In this mode, the capacitor C is charged by supply voltage and inductor L as the source through the inductor L and diode D. What’s more, because of the Voltage VC>VS, the inductor current decreases. At the same time, the energy stored in the inductor Lo is transferred to the load thereby the current of inductor ILodeclines. As a result, the current through Lo, D, load forms a current loop.

Because the inductor L is the source when the switch is off and the IL decreases therefore didtshoule be positive. It is appearant that the charging time of capacitor C is

Inspection of the condition of volt-sec balance

Because of the condition of the capacitor C charging balance

The assumption is that there is no loss in this converter 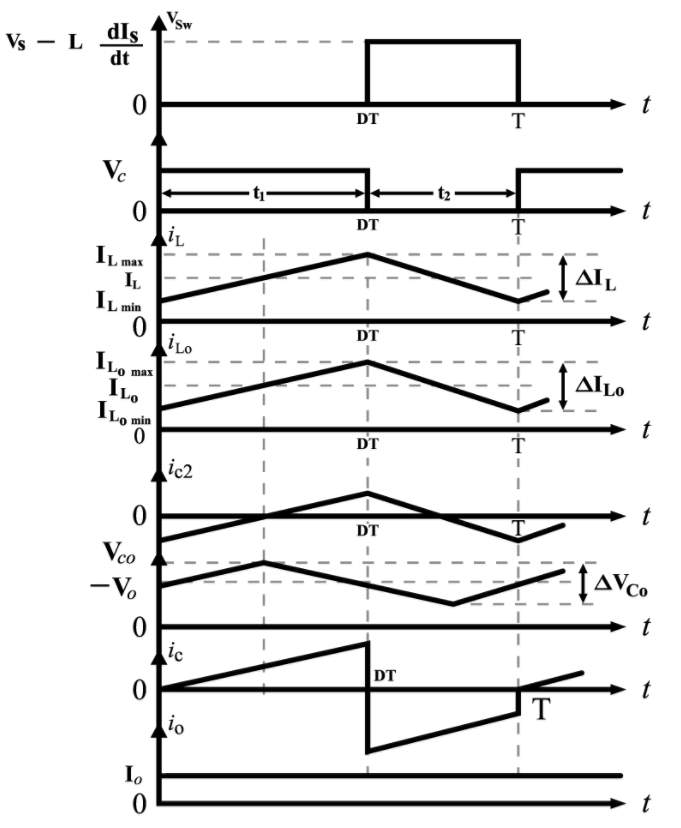 The description of PV application, the PV module is a device that the sunlignt energy can be transformed into electrical energy by solar cells. The equivalent circuit of PV is show in fig 8.

Ipvis the cell photovoltaic current which depends on outside temperature and irradiance.  There is a diode paralleling with the source

Vocare important. With this curve, the curve of p-v can be plotted easily which has been shown in the fig 10. Referring to this fig 10the maximum point of power

Pmgenerated by the module where the i-v is maximum. There is an equation

Pm=FF*Isc*Voc  to represent the relation between voltage current and the maxmiun power. Which means the coefficient fill factor (FF) of the current multiplying voltage plays an important role to determine the quality of the power. Thereby the magnitude of FF been close to 1 will give a better quality of power.  [7] 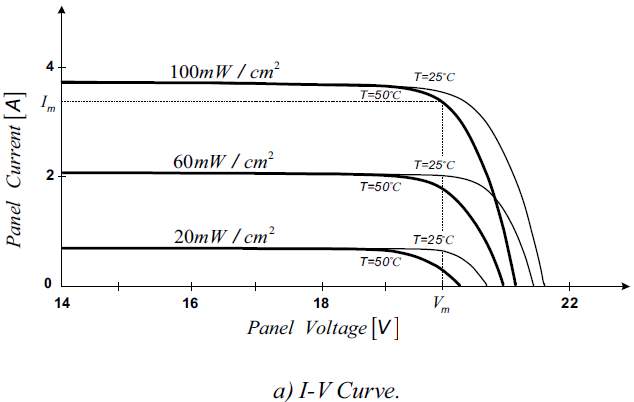 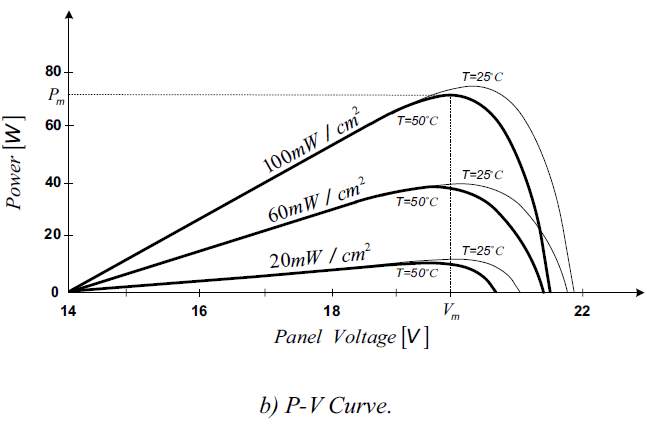 In terms of the converter of MMPT, the characteristics of the converter are vital to meet the requirement of MPPT application. Here are the characteristics comparison between different converters applied to MPPT techniques. Compared with buck chopper and boost converter, the of CUK converter has the high output voltage level and low output voltage level with fixed input voltage depending on the duty ratio. What’s more, the CUK converter has lower switching loss. Referring to the table (1), the efficiency of CUK converter is higher as well because only one losses is relevant to intrinsic current of the capacitor. Compared with SEPIC converter and buck-boost converter, the CUK converter has same rating battery and module voltage [6].In addition, the current of input and output is more smother because of the inductance on input side and output side. [9] 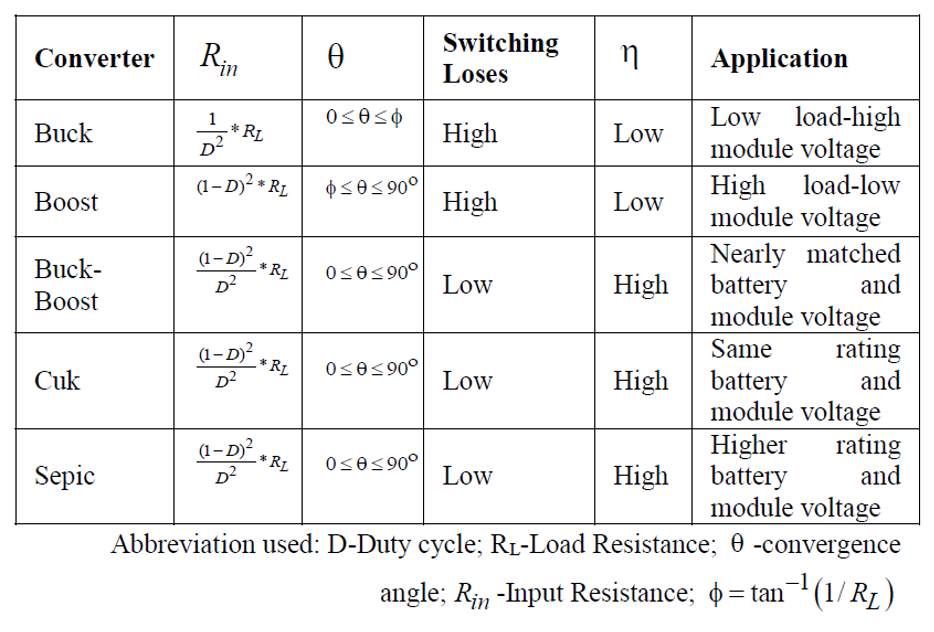 When it comes to the CCM and DCM, the CUK converter can be operated in two different modes based on the inductance and the voltage and the current of capacitor. The table shows the CCM and DCM modes is relevant to the input resistance (Ri, is the emulated resistance on the terminals of the PV panel), the equivalent inductance (

Leq), and the load connected to the converter (R). with the assumption of converters without losses. K is parameter that determine the CUK converter operating in different mode. If the magnitude of K is large enough, the converter will operate in the CCM. In the contrast, the DCM is owing to small K values. The boundary value of K between two modes is a function of duty cycle. Nevertheless, the converter would operate in CCM for all duty cycles with the condition of the magnitude of k being above one. Occasionally the mode boundary is always given based on the load resistance R. the determinant is the duty cycle D ranging from 0 to 1.

In terms of the CUK converter, it has the similar equation of buck-boost expression.

The CUK converter is able to sweep the whole I-V curve of a module in CCM. In the other words, it can sweep between 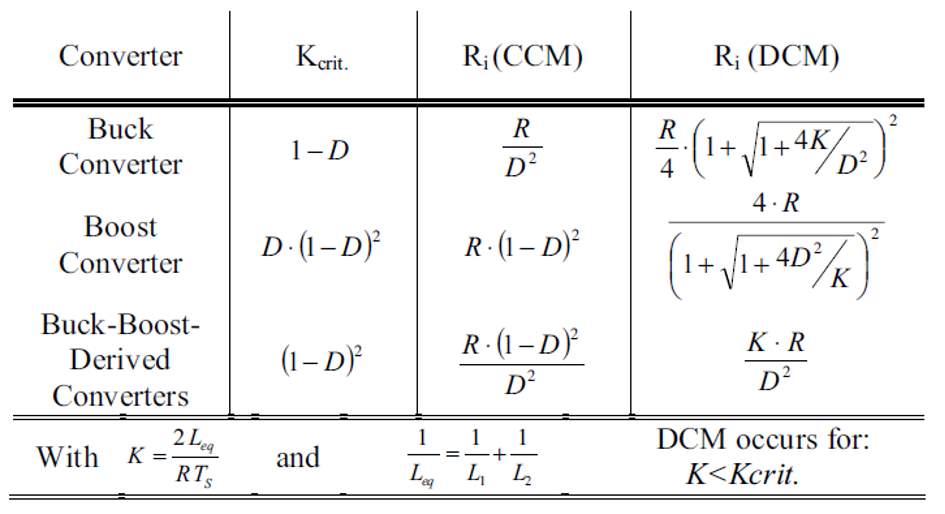 The controller strategy of converter 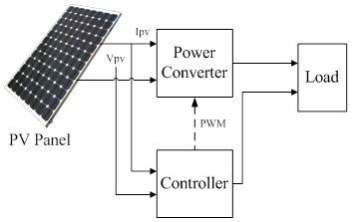 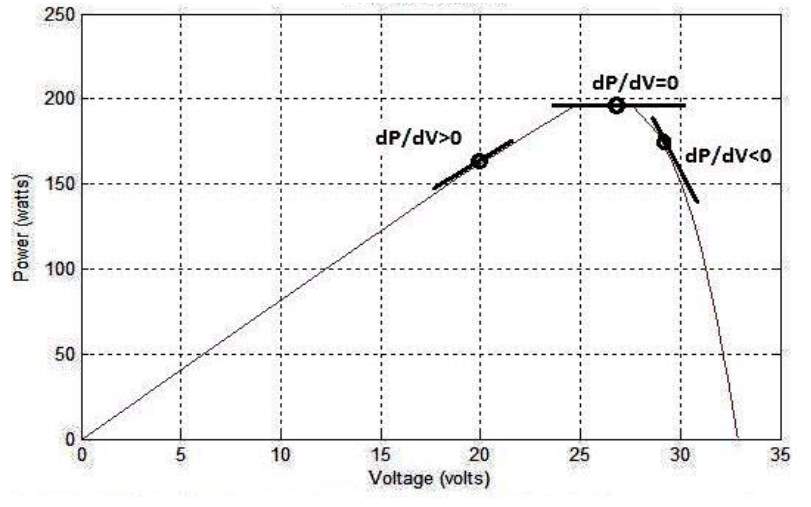 When it come to the fuzzy logic controller, the structure of FL has two inputs and one output. Two inputs are error (E) and change in error (DEL-E), the input to the FL controller can be computered as

and the change is shown below:

The option of switch

The choice of switch is an important part of the building of the circuit.the switch voltage stress comparison has shown in the tab. It is important to consider the input ripple when we choose the switch. The switch s usually connected with the source in series. For CUK converter, the input source has litter influence to the switch because they have lower current ripple and and noise.

The comparison of power semiconductor devices is shown in the tab3 the MOSFET switches on and off fast because it is a majority -carrier device. Moreover, no charge has to be removed ot injected to turn off or turn on the device. At hign blocking voltage the on state loss is high because of the high internal build-in resistance. Tab4 and tab 3 has show the selected parameters of switch depending on given basic requirement[13].

Table 4: voltage stress on semiconductor for the analyzed topologies

Table 5: average current across the semiconductor for the analyzed topologies

The CUK converter output voltage values can be higher or lower than input voltage. In addition, the harmonics of input and output current will be lower because of the inductors. These dominances are corresponding to PV application compared with different converters when it is operated in CCM mode. In CCM mode, the CUK converter can sweep whole I-V curve of the circuit. To get more smooth output current, it is necessary to have the close loop control strategy and the control strategy P&O for PV application.

Electronics regards the science and technology involved in the development of electrical circuits and electronic devices and equipment that use them.

In this work, the research seeks to do an analysis on the feature extractions impact towards classifying the faults or defects in the cable....

Despite their supposed eco-friendly properties, provided enough spent cases accumulate in a landfill, the cumulative effects of some of the toxins and leftover metals in batteries may ultimately poison the soil....