Method used to compare are hand calculation, and software such as strand7 and robot analysis. As an engineer we know that one only trial wouldn’t be satisfactory to make a point, so it has been created 6 floors building for each procedure and each procedure contain designing of EC3 and BS 5950 with two different dimensions as dimensions can affect the buckling and bending of the member, and P-delta factor has been analysed.

Drawing are been made on Revit (figure3.1) then transferred to robot for the analysis.

After each member design, a type of cross sectional area is been chosen from the Blue book based on their resistance formulated on the calculation.

Dead load as well as known as the permanent load. All the members taking part on the structure and keeping together the structure are called dead Loads, as each has its own weight and effects the stiffens of the next permanent member. Good examples are: slab, beam column, roof, cladding etc… (PR SALTER BSc, 2004)

Live load known as a variable Load. This load changes from second to seconds depending on how many and what type of activities are induced. Anything that can be moved out or into the structure during its life time. Good example are: wind load, a person walking by or a small machinery installed for couple hours or days.

Due to the impossible prediction that can’t be made on the future loads a safety factor is used:

3.2 DESIGN FOR THE ULTIMATE LIMIT STATE

The combination loads considered in this project are as follow:

1.5 QK=considered the as the Imposed load

1.5 x QK1=considered the as the Imposed load main variable

1.5 x QK1=considered the as the Wind load main variable

This dissertation show how to design Bracing system for non-sway frames and sway frames, but as an engineer is well know that column and beam are members of a frame so to start designing first it has been determined type of beam used and column, therefore the following topics show what approach taken to design: column, beam and mainly bracing system.

A beam is a member that takes role as part of the frame, its bending and deflection could cause effect on the frame system, hence it has to be classified and designed as follow:

The floor system chosen in this dissertation is a situ concrete floor of 225 mm depth, with an impose load of 5

Load combination has been calculated based on EURO-CODE (3.2.2) and British standard (3.2.1)

Shear force has been determined:

W= distributed load due to the dead load and imposed load acting on the beam.

L= length of the beam

Then maximum moment which appears to be in the middle:

Next step is to identify weather the beam is restraint or unrestraint, therefore an adequate section is chosen from the blue book table section. (southbank, 2016)

Colum is a member part of the frame as well. Buckling takes, place so it could affect the frame assisting on horizontal deflection or a sway due to the vertical and horizontal loads. Hence the stiffer and adequate section the less buckling appear.

A Column is subjected to compression due to that a buckling resistance is needed as follow:

NED=compration force acting on the column

NCr=is the elastic critical force for the relevant buckling mode

Even though the cross section chosen are adequate, a slight of deformation will appear and this will lead as to verify and determine the Serviceability limit state.

Once a frame designed for the ultimate limit state should, the next step should be analysing the frame as an elastic rigidly-jointed to determine the sway displacements.

The magnitude of sway displacements is caused by a number of factors: relative member stiffnesses, connection characteristics, the ratio of horizontal to vertical loading, and column behaviour. All these factors have a significant impact on the sway response of an unbraced frame.

Generally a common sway limit is h/300. For frames with a wider span bays, the sway displacement is likely to be below the above limit even under high wind loads. (MIStrucE, 2016), (J S HENSMAN BEng, 2016)

It is important to check that the sway on each storey is less than h/2000 cladding neglected (where h is the storey height) (MIStrucE, 2016) (Fattorini, 1995).The bottom storey sway is likely to be the most critical.

If sway deflections are higher than the limit, the frame may be modified to increase its stiffness, by increasing member size, such as: the beam depth, the column flange thickness or the connection stiffness (although they may not necessarily increase its moment resistance), or redesign as a braced frame.

This method is used for the unbraced frame.

Every member designed is assumed to be under elastic phase in accordance to all design loads for limit states. (PR SALTER BSc, 2004)

Below method allow us to calculate the approximate axial shear and moment in each member.

Calculation has been carried twice: 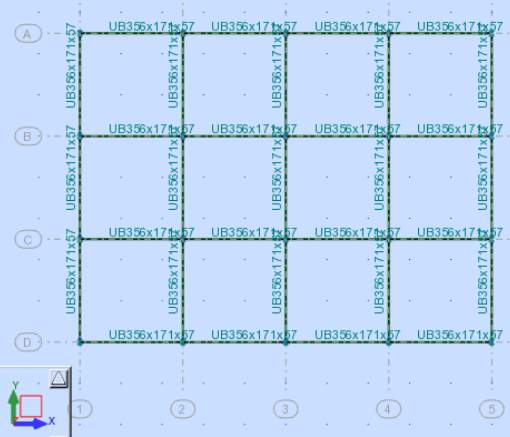 Portal method allow as to solve indeterminate structure. In order to simplify the calculation, the structure is changed into determinate in order to use equilibrium equations by adding Pinned hinges were axial moment is assumed to be Zero positioned at the centre of each member. (Vary, 2016)

Below figures 3.4.41 show the fraction of shear force applied on members and the pinned hinges known as points of contra-flexure. 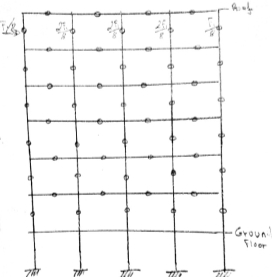 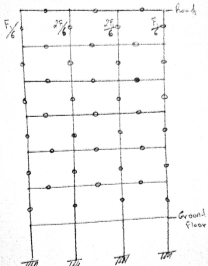 Figure 3.4.41 side view with pinned joints

Where h= Height of one floor

The above shear calculation will be repeated for each floor taking in consideration the deference in height.

The next step is to determine the moment on each member as follow for:

Moment on the beams:

M1=moment induced from the upper floor

M2=moment induced from the lower floor

Using a triangulated system, all the members of a bracing system need to be verified and designed based on the design forces due to different combinations of actions. It is recommended to make all diagonal members the same size, adequate to resist the largest design force.

Once the wind load is determined, calculation as follow:

Once determined the forces, each node has to be resolved relatively to the forces applied, therefore a design size is chosen from the blue book depending on the force acting on each bracing.

For consistency two size are taken into consideration.

Deflection for each frame has been calculated, because on these dissertation the aim is to compare the behaviour into sway of braced and unbraced frame.

Deflection can be determined by 2 methods:

The Unit load method apply the principle of virtual work to determine the displacement of the structure as follow (Datoo, 2015):

Any frame structure should be examined for susceptibility to sway instability into second order effect. (Eng, 2009)

> 10 any second order effect are good enough to be neglected. This check is an UlS check (PR SALTER BSc, 2004), (Eng, 2009), the combination considered is the equation with wind as a leading action as follow:

Different software has been used to determine the behaviour of the frame.

3 buildings are designed on Revit:

Each drawing is transferred into robot for analysis applying euro-code factors and British standard factors.

On the other hand the frame systems above are analysed on strand 7.

Introduction to a dissertation investigating the lateral stability of steel buildings under braced and unbraced systems. A Six story building is analysed for lateral loading (wind load)....

How Can the Design of a Mixed Use High-rise Building Provide Solutions to Urban Sprawl and Increase Sustainability?

This dissertation is an attempt to answer the same by exploring use of high rise buildings and examines the use of hybrid typology and its contribution towards sustainability....

Strategies for Hurricane Damage on Pavements

CHAPTER-1: INTRODUCTION What is pavement: Pavement in civil engineering is durable surfacing of a road, airstrip, or similar area. The primary function of a pavement is to transmit loads to the ...