Drosophila melanogaster, more commonly known as “fruit fly,” is one of the most widely used organisms to study genetics. Thomas Hunt Morgan, an American geneticist, is famous for his experimental research with the fruit fly. They are easy to work with for multiple reasons: they are small in size, have a short life cycle, are cost efficient, and it’s easy to keep large generation numbers (Manning, 2008). A female fruit fly will lay between 750 to 1,500 eggs in her lifetime. It only takes about 12 days to complete the life cycle at a room temperature of 25°C. Once the egg is fertilized, the embryo emerges within 24 hours. The embryo molts several times to become the first, second, and third instar larva. After the larval stages, the fly then takes form of a pupa, which develops into the mature adult fly (GSA, n.d.).

Thomas Morgan worked with fruit flies for many years and established the chromosomal theory of inheritance. This theory states that genes are linked in a series on chromosomes. An example of such trait would be an X-linked trait, which are passed only along the X chromosome. He proved his theory by studying the phenotypes of adult flies to discover the genetic code within the species genes. After years of research, Morgan discovered white-eyed flies appearing among the normal red-eyed flies. To continue his discovery, Morgan carried out crosses between the two flies with different eye colors. Through this research, he discovered that the white-eyed flies being produced were males. Female flies only showed the white-eyed trait if they inherited two copies of the mutant gene, instead of one (“Fruit flies in the laboratory,”2016).

In this lab experiment, our group was given two crosses to observe: a normal cross and a reciprocal cross. We examined the F2 generation of a dihybrid cross with two alleles expressed. We crossed an “N strain” wild female with a white apterous (no wings) male, and also crossed an “R strain” white apterous female with a wild male. The purpose of this experiment was to compare the given genotype to the phenotype, and to prove the chromosomal theory of inheritance.

In this experiment, clean culture vials were used with foam plugs to hold the flies when they weren’t being examined. Food vials were prepared to house the flies when they were being stored. To prepare a food vile, one scoop of dry food and one scoop of water was added to an empty vile. Once the water had settled in the food, two to three grains of dry yeast was added.

For each group, the flies were grouped together in vials inside a heated incubator.  Each vial was marked appropriately so no confusion would happen.

In order to examine the flies, they first needed to be anesthetized. To anesthetize flies, an ice dish was obtained and a petri dish with one piece of filter paper in it was placed on the ice surface. The flies were carefully shaken to the bottom of the vial by tapping it, then quickly the plug was removed and the flies were transferred into a clean vial. The flies went into the freezer for approximately 2 minutes for the first time otherwise they may have died or became sterile. Once 2 minutes was up, the flies were taken out of the freezer and dumped onto the petri dish to be quickly examined for phenotype. If the flies started to move after this process, they would be put back into the freezer for 15 seconds or until they had stopped moving.

This process was repeated until all phenotypic data had been collected. To collect the phenotypic data, identifying sex of the fly was crucial. There were a few ways to differentiate between a female and male fly. Females were larger than the males. Females had a lighter abdomen with a number of stripes, while males had more darker stripes with an obvious smudge of black at the tip of the abdomen. 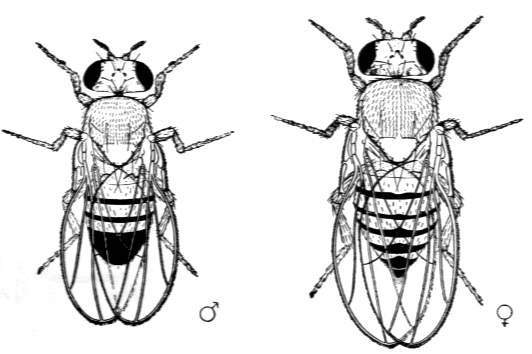 To start the experiment, the F1 generations were prepared for us. Once the pupal cases had formed, the parental generation was removed from the vials and transferred into new food vials. Reciprocal crosses were set up once the pupal cases had formed. Next, the virgin females were taken out within 6 to 7 hours of clearing the vials. The virgin females were placed inside an empty food vial, then the males were added. The adults were cleared from the vials when the new pupal cases appeared.

Once the F1 generation emerged, the data was collected on the first 100. To do this, the flies were carefully transferred into clean vials by quickly tapping on it to make the flies fall to the bottom. Once the flies were in the vial, they were anesthetized for the amount of time stated previously. Then, they were taken to be examined quickly before waking up. One group member would anesthetize the flies, one would examine the flies’ phenotype quickly, and another would write down the information needed about the fly being observed. A small paintbrush was used to carefully pick up the fly while anesthetized and put it into the vial once looked at. A record was kept on the information needed for the F1 generation flies regarding sex and phenotype for each cross.

The same technique was used for the next generation. New labelled vials were set up for the F2 generation. An equal amount of F1 males and females were added to the vials. The female flies didn’t need to be virgins then because mating didn’t matter because it would have been sib-mating. Once again, the adults were cleared when pupal cases had appeared. The data on the first 100 F2 generation flies was collected when they emerged. A record of the information needed for the F2 flies regarding sex and phenotype for each cross (Jones, 2017). 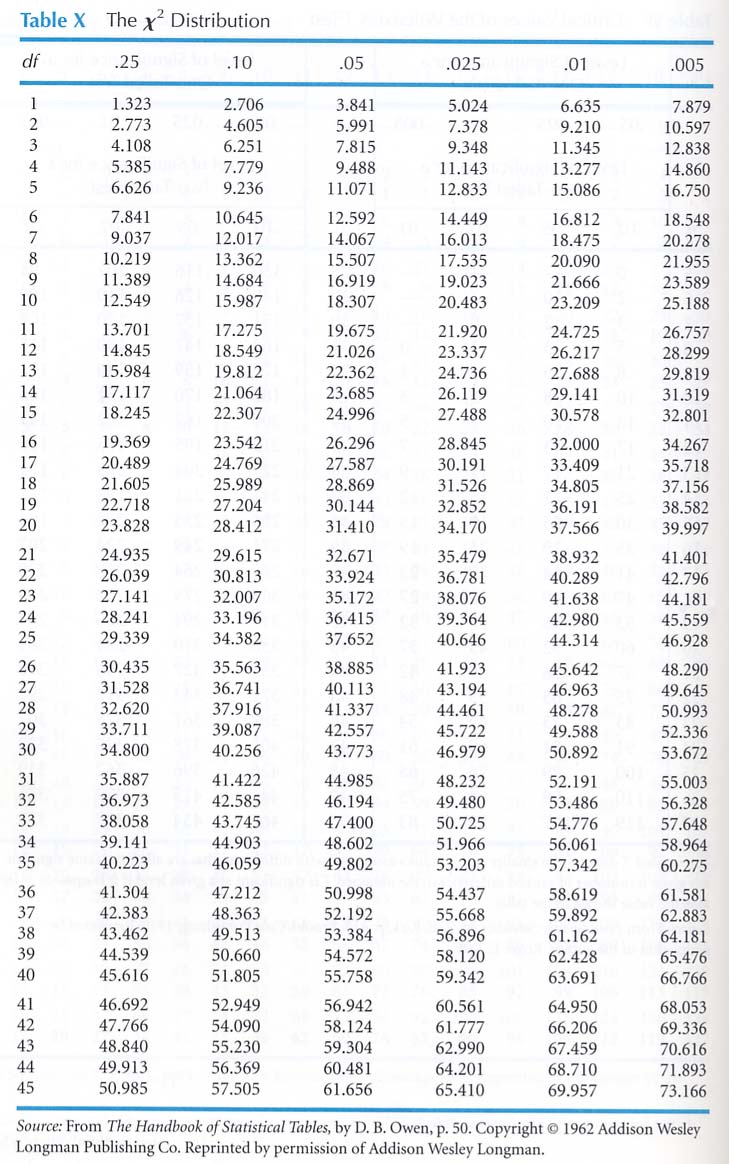 The primary focus of the Drosophila lab was to perform crosses of flies to determine if the chromosomal theory of inheritance that Thomas Hunt Morgan proposed, was true. If Morgan’s law is accurate, then if we mate a red eye female with a white eye male, the characteristics would cross over to the offspring. Morgan’s fly experiment assisted the evidence of Gregor Mendel’s law of segregation. However, Mendel’s law did not account for sex linked traits. The Mendelian genetics said if the F1 generation is all heterozygous for the same traits, the F2 generation should show a phenotypic ratio of  9:3:3:1.

However, the normal cross conducted was not a normal Mendelian ratio. A gene being presented on the X chromosome only and not the Y, is said to be X linked. Since a female fruit fly has two X chromosomes, she will obtain two copies of each X linked gene. In Drosophila, the eye color white it found on the X chromosome. There are different genotype possibilities for the male. A male has only one X chromosome that is paired with a Y. This means he will only obtain one copy of any X linked gene.

In our experiment, there were a few males that had white eyes in our F1 generation. This could be caused by their Y allele. Our experiment showed the ratio for the cross breed to be 3:3:1:1 differing from the expected ratio of 9:3:3:1. Our reciprocal cross, the sex-linked eye color trait didn’t affect the expected ratios. Our male to female fly ratios was 1:1, making it a 50% chance of being male or female. This statement remained accurate through the experiment. Our chi-square tests results had rejected the hypothesis for the normal and reciprocal crosses.

During out experiment, our work showed some errors that we were unable to change. A reason could be that the flies being identified for phenotype could have been looked at incorrectly or written down wrong. Another possible error could be if we did not properly remove the flies from their tubes there could have been interbreeding. Multiple phenotypes that were recorded shouldn’t have been possible according to Mendelian genetics.

During our F2 generation, the ratio between male and female flies were not equal. It is known that females tend to hatch quicker than males. Also, we didn’t record much past the minimum number of flies required, meaning male to female ratio might have evened out eventually. We can conclude this considering our F1 generation ratio between male and female flies were closer to equal. If more time was given to the F2 generation, a 1:1 male to female ratio might have happened. To conclude this experiment, Mendelian genetics set a good standard to what this experiment should be. Guidelines were set up for what was expected, but our experiment did not meet the expectations. The chi-square tests resulted in the chi-square value to reject most of the hypothesis’. By setting up the chi-square test, we determined the values used to fail to accept or reject the hypothesis.

I would like to thank my lab partners, Andrea Nichols, Madison Sanders, and Tiffany Taylor for all the hard work they do and help getting me through this lab. I also would like to thank Ms. Rashmee Silwal, for being the absolute best graduate assistant ever. I have sincerely enjoyed this lab.

Drosophila Sex Determination: Every Cell for Itself Mechanism. (n.d.). Retrieved from http://www.mun.ca/biology/scarr/4241_Devo_DrosophilaSex.html

Fruit flies in the laboratory. (2016, January 25). Retrieved from https://www.yourgenome.org/stories/fruit-flies-in-the-laboratory

Jones J. (2018). Laboratory I – Mendelian genetics – Introduction to Drosophila and Genetic basis of the Principle of Segregation in F2 progeny of a monohybrid cross. Genetics Lab Handout 1

Influence and Mechanisms of Plant-plant Facilitation

Introduction Understanding and quantifying the mechanisms which influence the observed organization in plant communities is a central tenet in ecology. The common usage of the term ‘community’ i...

CHAPTER 1 INTRODUCTION Our major concern in today’s world of 21st century fast paced lives is to maintain a good and healthy lifestyle. Due to lack of time, we tend to forget that health is the...

Dissertation on The Evolution of B Cells in Immunity

Uncovering an unanticipated and complex evolution of developmental plasticity of B cells, which may help us understand the secret of human immunity....