Electric load forecasting has become a major research field in electrical engineering. In a smart grid system, forecasting of electricity demand is indispensable to help system operators to well-organize the schedule of the spinning reserve allocation. Besides that, the load forecasting helps in providing information for the energy interchange with others utilities. Electric load forecasting, usually use time series analysis (Box et al., 2015) and regression analysis (Armstrong, 2011) to predict the future electricity. Time series analysis is the method of using the previous load pattern as a time series signal and predict the future load demand. The review from other research, say the time series method consists of two problems which is inaccurate prediction and numerical instability (D.C. et al., n.d.). The reason that occur inaccurate prediction and instability of numerical is due to the load pattern that lack of information for the various factor such as the temperature of the day, humidity of the area, weather and the holiday period. All these information are dependent and independent variables that can affect the outcome of the electricity demand. Therefore, regression analysis is use to recognize the load pattern as dependent on the variable and find the functional relationship between the variables and the load. Neural network (Neural Networks, n.d.) are processing electronic model based on the neural structure of the brain. The neural network system will consist a lot of the artificial neuron to receive the information and response it after process the information. Electric load forecasting require a lot of load data, variable and information, therefore a systematic artificial neural network require to process all this information(Kalaitzakis et al., 2002).   Load forecasting is define as an action to predict the future load at different time interval. Its plays an important roles in system planning, operation and control. Therefore, the accurate of the load forecasting become crucial. To increase the accuracy of the forecast, there are few factors need to be consider in the research such as weather factor, time and seasonal factor, and others factor(Kiartzis et al., 1997a). There are four important task in designing an artificial neural network. The four task are data pre-processing, neural network design, neural network implementation and validation(Demuth et al., 2014). Data pre-processing is the task that done before the data send to neural network system which can make the forecasting problem to be more controllable. The purpose of data pre-processing is to filter the data by removing the outliners, missing values and some irregularities because neural networks is very sensitive with defective data. In determine the shape of the load profile, one of the factor to be consider was the calendar date because the data will be influenced by week days, weekend, holidays, social customs and the working pattern. All these influences can be classify by the data pre-processing. The data pre-processing will create different classes to set each influence as a factor on determine the shape of the load profile. In neural network design, selecting a suitable structure is very important. A suitable structure of neural network is normally decided by the number of hidden layer been use, input nodes, neuron per layer, and type of activation layer. However the number of output neurons, input neurons and hidden neurons can be decide by other factors. In electric load forecasting, number of output neuron are decide by three different method of forecasting which are iterative forecasting, multi-model forecasting and single-model multivariate forecasting. Basically, iterative forecasting require the least number of output and single-model multivariate forecasting require the most number of output. For the input neurons are decide by the factor that affect the output of the system. After designing the neural network, the next task is to do the neural network implement and validation. Neural network will input the data from the past electric load, and algorithm will predict. When the neural network forecast the electric demand, it will tested for the validation. The test for validation is very important to track the error percentage from the neural network. The lower the error percentage, the more accurate of the neural network.   This research will focuses on designing the peak load forecasting. To achieve an accurate peak forecasting, various factors such as time analysis, regression analysis and others factor will include to the research. The relationship between the various factors and the load data will build utilizing artificial neural network.   As been defined, peak load forecasting is the forecast of predict future peak load demand by utilize artificial neural network. The data that been forecasted can be essential part for power system planning and operation. For example, by getting the long-term forecasting result (forecast results for one year ahead) can helps to predict the needs for expansion of the power station, getting equipment purchases and staff hiring. For the short-term forecasting result (forecast results for one day ahead) can supply information for system management of day-to-day operation and unit commitment (Kiartzis et al., 1997b). Besides that, load forecasting provides many advantages such as enables utilities company to plan well, help to determine the requires resources, and maximum utilization of the power generating plan (Drezga and Rahman, 1998). Therefore, the accuracy of the load forecasting is necessary to power generating station. In this research, the peak load forecasting will focus on designing the structure of artificial neural network. The structure of the network is mostly depending on the relationship of the various factor such as time factor, weather factor or season factor and the load data. A balance neural network structure is basically following four task of designing which. The four task are data pre-processing, neural network design, neural network implementation and validation. 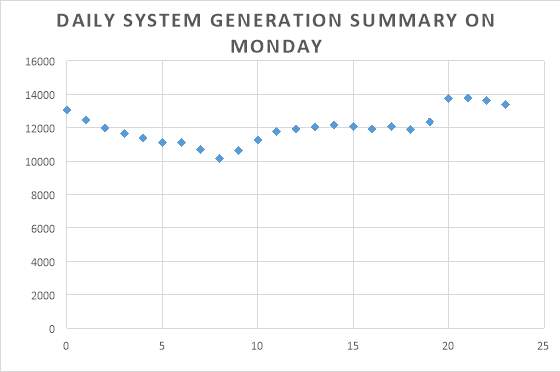 Graph 1: Total power generate on Monday 22th MAY 2017 generation of power station. From the observation of daily load curve of any grid station it can be seen that load variation follows certain rules with the “time point” of the day. In graph hourly load curves is shown for 24 hours of a day. The interval of each point is one hour, so there are 24 intervals in the figure. It can be seen in figure that the load is low and stable from 0 am to 8 am (0am means 12 o clock at night), the load start rising at 9 o clock till 2 pm. After that it descends till 4 pm (16:00 in graph) and after 6 pm it start rising till 8 pm (20:00), after 8 pm load gradually decrease again until the end of the day. It can be seen in figure 1.1 that maximum demand occurs at 8pm, and minimum load demand occurs after mid night. So if we closely observe this load curve it can be seen that load demand reflects the consumer’s daily life style. At mid night everyone is sleeping so there is no need of lighting in the house, so load becomes least. Similarly at 8 pm everyone is at home watching TV, doing homework, so load is highest at that part of the day. From the graph we can know the people’s daily life activities can be classified in to three parts In graph 1 the load curve has a flat point in the working time and one peak load in the leisure time, while at sleeping time load curve shows least value. The rule of load variation discussed above is not the only rule. There are certainly other rules of load variation with time. 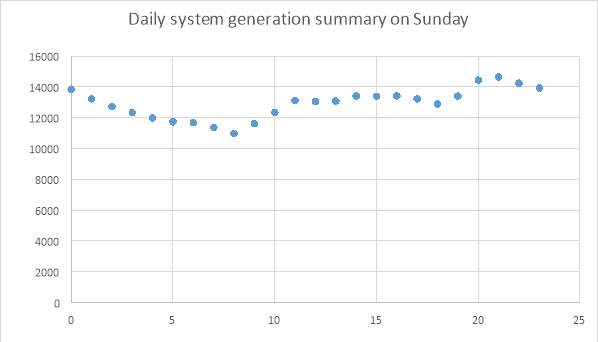 Graph 2: Total power generate on Sunday 21th MAY 2017 generation of power station. For example is observed on graph 2, weekend load to be high than the week day loads due to the increase of leisure time. The start of semester of universities or school year also has the significant impact on load consumption and thus changes the load profile. Similarly day light saving can also decrease the average daily load also it shift the peaks from one time spot to the other. It is noticed from the collected load data that the load curve is periodic. This periodicity of load occurs not only in the daily load but periodicity is present in weekly, monthly and seasonal and yearly load curves. This is very important property of load curve because by taking periodicity of load in to account we can forecast load with more effectively. Artificial Neural network Other than review on factor that affect the load forecasting, learning artificial neural network also important for the peak load forecasting. Artificial neural network are mathematical tool that mimic the way of human brain processes information. Neural network consist neurons where it is to enable data receiving through a number of input nodes, process it and put out the responses based on the input data given. The neuron is divided in two stages process which the first state is to combine the input values and the result will used as the argument of a non-linear activation function. For example, given the input set of data of the temperature is X and load demand is Y, this will give a relationship between the two variable. When the input of one nodes is depend on the output of the previous nodes this method is known as feed-forward and the layer between the input nodes and the output nodes is known as hidden layer. Neurons that be organized in multiple layers which known as multilayer perceptron (MLP). However, all the layer that been arranged will not connect with each other (Neural Networks, n.d.). 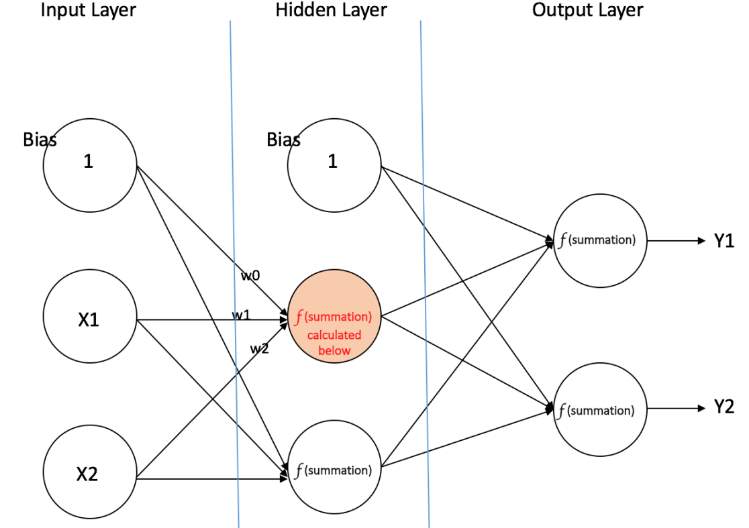 Design the structure of the neural network.

Implement the neural network by training with new data.

As the conclusion, the peak load forecasting is design for forecast the peak load on the power generating station. Peak power plant is not operate for the whole day, it only operate for the peak hours. Therefore, the load forecasting need to be accurate. In order to achieve the high accuracy, the various factor such as temperature, peak hours and weather will include as the data for implementation. The high accuracy forecasting is important for planning and operate the power plant station to the maximum efficiency.

Artificial Intelligence (AI) is the ability of a machine or computer system to adapt and improvise in new situations, usually demonstrating the ability to solve new problems. The term is also applied to machines that can perform tasks usually requiring human intelligence and thought.

Project proposal to build a platform to execute a deep learning algorithm and implement a YOLO object detection algorithm into FPGA board for autonomous vehicles....

1. INTRODUCTION 1.1 Purpose of the system: There are various situations in life where being physically present to do a task is not feasible. In such situations latest technology allows us to use a pr...

Abstract The purpose of this study is to design a peak load forecasting system for the peak power station by utilizing artificial neural network. There are four designing tasks that will be appl...